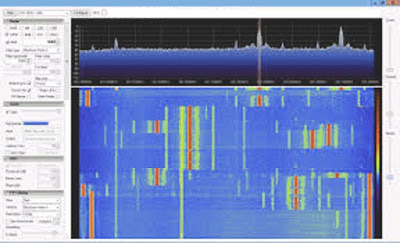 On Saturday 22 April at 14h00, the Cape Town Amateur Radio Centre will hold its monthly meeting for April at the usual clubhouse venue.

At the meeting, Hendrik / ZS1EEE will give a talk on Software Defined Radio. This revolutionary technology, where computer software takes over a major part of the RF signal demodulation processes (formerly only do-able with expensive hardware) is providing a paradigm shift in amateur (as well as commercial and military) radio applications.

Don't miss this one!

[This meeting has now taken place. The report is here.]

Here are some photos from the CTARC Antenna Work Party of  Saturday 25 March 2017.

The report-back write-up is [here] 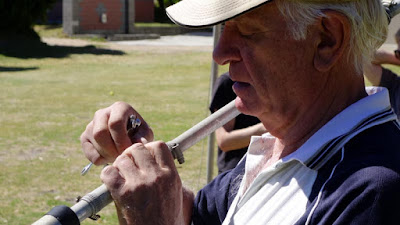 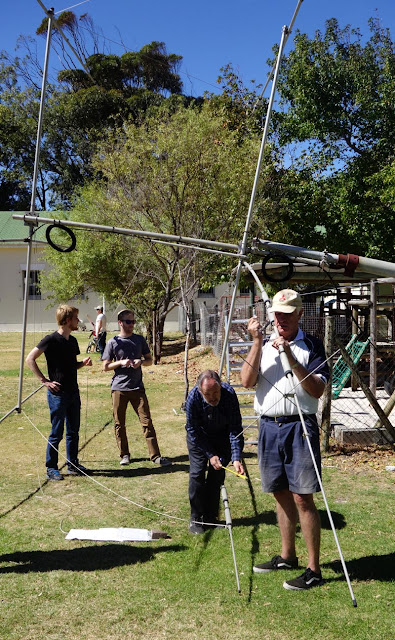 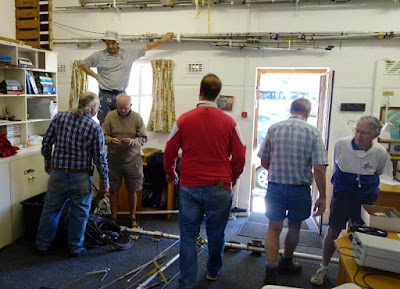 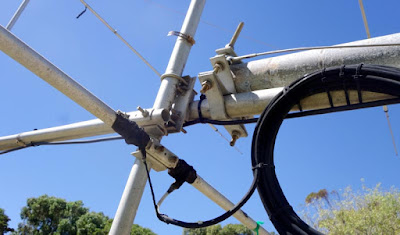 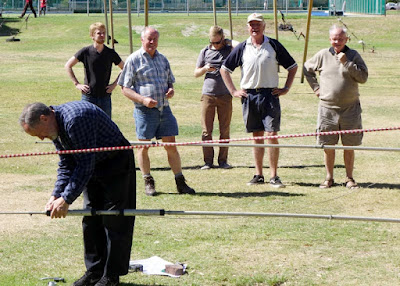 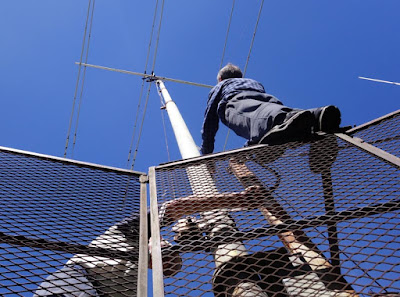 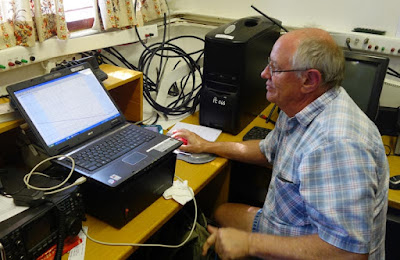 Back to the Report

We took down the main Cushcraft Tribander beam, which had been giving poor SWR readings and was clearly in need of attention. Due diligence was applied to the 10m traps. SWR measurements were made, adjustments made to the elements, measurements re-taken, further adjustments made to tune up the antenna. On raising the beam again that afternoon, we got significant improvements in the SWR readings, especially in 10, 15 and 20 m bands. (SWR of 1.06 : 1 on 15m) We’re very grateful to Pieter / ZS1PGC and Paul / ZS1S, for taking readings with their broadband antenna analysers. Also to Hans-Jurgen / ZS1HJH for bringing his network analyser along too.

Simultaneously, Noel, Chris and Lem tackled the Force 12 antenna which had been under-performing since the Lighthouse Weekend. Its individual elements were diligently re-measured cleaned and re-assembled and re-riveted. We hope to see a similar improvement in that antenna’s performance in due course.

Skippy and Nick tackled the longwire antenna which had become entangled in trees and infrastructure.

Hans Jurgen and Wolfgang started assembling  the MFJ vertical multiband antenna, which has been kindly donated to the club. It will, in due course, provide backup coverage of the HF bands. The feedline for this antenna was also routed into the clubhouse. We will hold a further mini-work party to erect this vertical once it has been fully assembled and tested, Our club will be on the air shortly.

It was really great to see new club members pitching in and helping the old timers with the work. Thanks also to Elsabe and John/ ZS1AGH, who very kindly brought along a scrumptious platter of gingerbread to sustain the workers.

We finished work at around 14h30 after a most productive day.

Chris / ZS1CDG has produced this fine video of the event on YouTube [here].

Please note that the CTARC committee meeting for 19h00 on Monday, 17 April 2017 has been cancelled.
Posted by Cape Town Amateur Radio Centre at 12:00 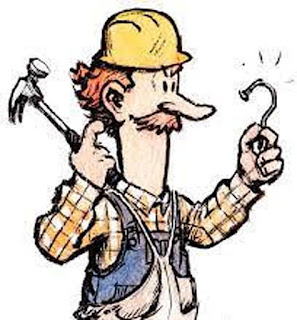 Please note that because the CTARC held its Mega Fleamarket on Saturday 4 March 2017, there will be a work party at the CTARC clubhouse on Saturday 25 March. This is in place of the normal (sit-down) monthly meeting / lecture that usually takes place on the fourth Saturday of the month.

Our main antenna mast needs to be lowered and the Force-12 yagi antenna requires some serious maintenance / repair. In addition, we want to raise an HF vertical antenna that was kindly donated to the CTARC.

We'd be most grateful for any assistance from club members who can attend. We meet at 09h00 on Saturday morning 25 March at the CTARC Clubhouse.

The March 2017 edition of the Cape Town Amateur Radio Centre's bi-monthly newsletter "Ragchew" is now published. Grateful thanks once again to Anne for another fine edition! 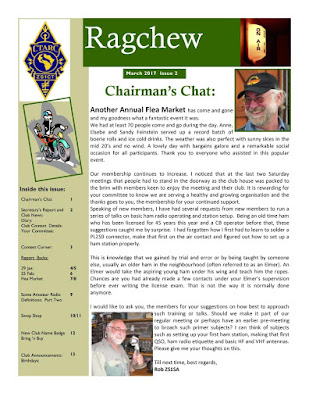 There will be a meeting for members of the CTARC committee, at 19h00 on Monday, 20 March 2017, at the CTARC Clubhouse.

Chris / ZS1CDG shot a great video of the CTARC Fleamarket on Saturday. 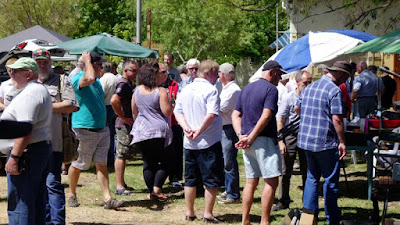 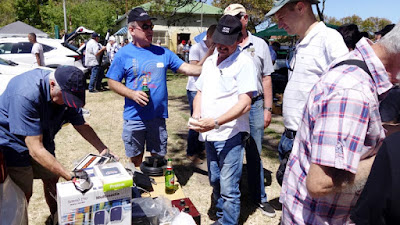 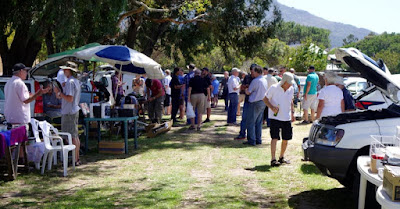 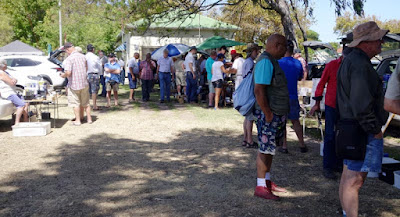 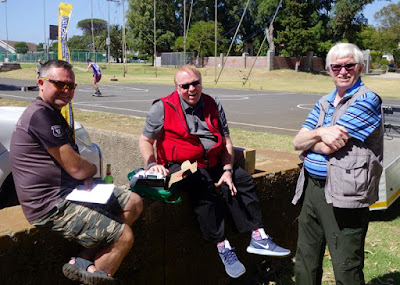 Back to First Batch
Posted by Cape Town Amateur Radio Centre at 12:04 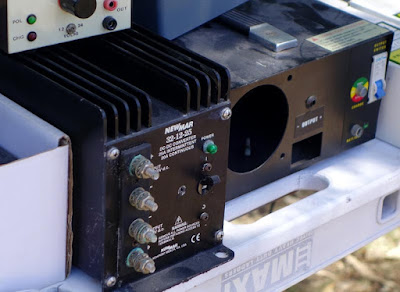 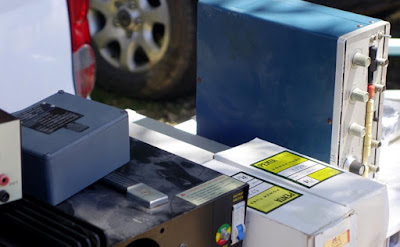 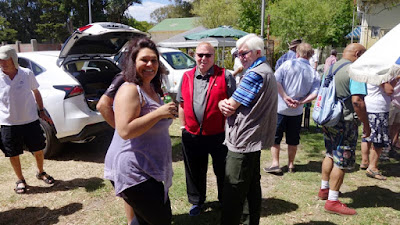 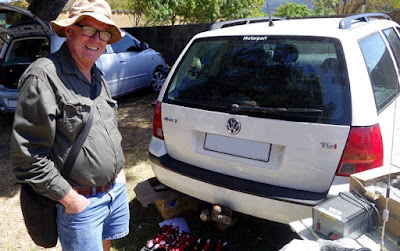 On to Batch 4 of photos
Posted by Cape Town Amateur Radio Centre at 12:03