The written report of this meeting is [here]. 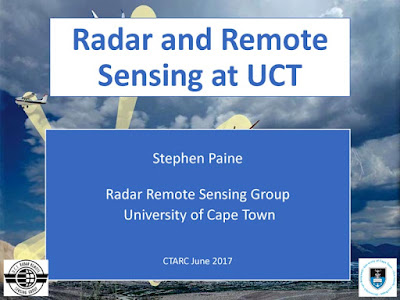 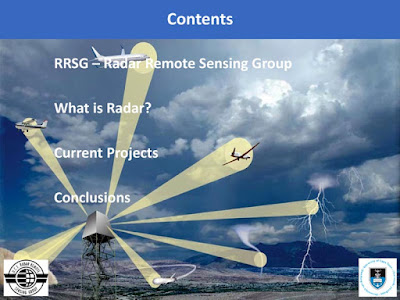 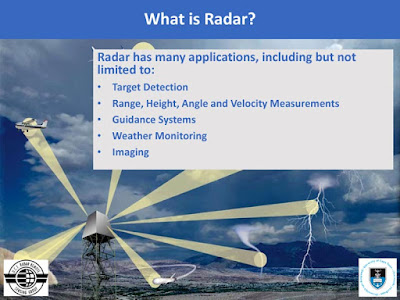 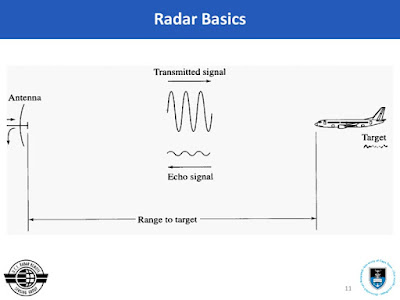 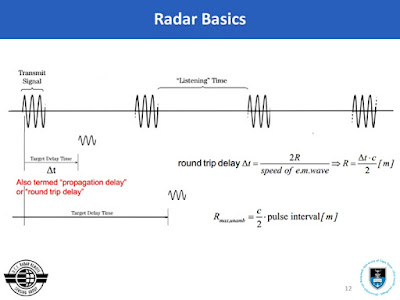 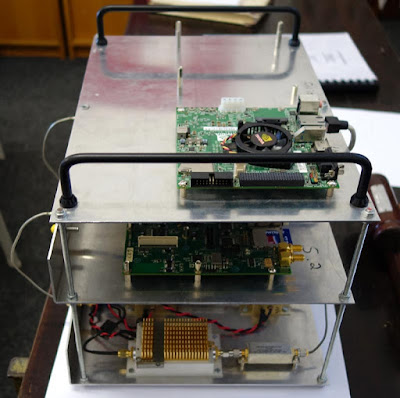 The photos of this meeting are [here]

At 14h00 on Saturday 24 June 2017, the CTARC held its monthly meeting, following on from the New Hams lecture delivered at 13h00 by Rob / ZS1SA. In general, your committee tries its best to arrange for interesting speakers and topics at the monthly meetings, but the 14h00 talk (presented by Stephen Paine and Skippy Burger / ZS1SKP) raised the standard of excellence to a new level. We all sat riveted to our seats from start to finish!.

Rob opened the meeting with a report back from the recent committee meeting. The recent storm damage to our HF antennas was discussed. The club is purchasing a set of RF Band-Pass filters for use at the Lighthouse Weekend coming up in August. John / ZS1AGH was thanked for providing the embroidered CTARC cap for Gerban /P5GM who gave the May 2017 talk on DIY DX-peditions. The radios for the Lighthouse Weekend, suitably repaired, have been returned to the club. The forthcoming July AGM was mentioned (soup & sherry in the pipeline!)(served separately) and the forthcoming September and October meetings referred to as well.

Then Rob introduced Stephen Paine, a UCT postgraduate student who is working towards his PhD thesis at the Radar Remote Sensing Group at UCT. Stephen started with a brief resume of the RRSG, which has been empowering scientists and engineers in the challenging fields of Radar and Electronic Defence since 1988. As such it has strong links with the CSIR and appropriate industries.

We were then given a brief introduction to what Radar actually is, and what its applications are. In addition to the traditional roles of target detection and range, height, angle and velocity measurements, radar is also used in Guidance Systems, for weather- and environmental monitoring and for Imaging. The need for radar was vividly illustrated when Stephen illustrated to us just how populated with aircraft international airspace has become.

We were then gently led into the basic of radar technology, the calculation of distance, the resolution of radar systems on different frequencies, the block diagram of a basic active radar system, radar cross sections for reflecting energy back from the target, the basics of Doppler systems and concepts such as such as the radar horizon, radar clutter and shadowing. Stephen then showed us the basics of radar direction-finding using phase-difference measurements to determine the Angle-of-Arrival of reflected radio waves.

Then things got really interesting. We were introduced to current Radar projects underway:
Amazing examples of high-resolution Synthetic Aperture Radar images were also shown. Imaging Radar is an exciting new field that has transferred benefits from the military into the civilian domains.

At this point, Skippy / ZS1SKP was introduced. He’s also a PhD student at the RRSG and his section of the talk was on a current project in his field in HF (3 – 30 MHz) radar, specifically for Over-The-Horizon coastal surveillance. There’s a two-fold need for that:
Surface Wave Radar on HF is used to detect targets beyond the Radar horizon (typically, line-of-sight is around 10 km). With sufficient power, a detection range of 200 nautical miles may be achieved. Oceanographic data is currently obtained by expensive, vulnerable floating buoys from which data can only be retrieved periodically. Surface Wave Radar systems being developed at UCT can sense all aspects of ocean currents and their reaction to weather patterns - in real time – at a fraction of the cost of commercial equivalents.

Skippy showed us the basics of an HF Surface Wave Radar system, consisting of several monostatic element nodes, each controlled and synchronised by Ethernet. At least three nodes are required to get meaningful results. By using seven distinct nodes, greater angular discernment of the return signals is obtained.

Each node’s HF Digital back-end (the “Red Pitaya”), which was developed at the RSSG, consists of an ARM processor, Xilinx Zynq 7010 Field Programmable Gate Array, two Analogue-to-Digital Converters and two Digital-to-Analogue Converters, each running at 14-bit resolution and 125 Msps. The Ethernet controller runs at 100 Mbps.

Each antenna is a 4-wire biconic design centred on approx. 21 MHz with a bandwidth of 14 MHz and a gain of 4.5 dBi over full bandwidth. The one drawback of HF radar systems is that they require real estate along the coast for the HF antennas, which need to be spaced out. Any sympathetic radio ham out there with about 100 metres of real estate along the coastline? Skippy is looking for a site to do some (temporary) beta testing.

The presentation then switched back to Stephen who spoke about their current project, which is the development of a Passive Radar system. Here, the radar transmitter is a local broadcasting station on VHF-FM. By using a Bi-static system ( consisting of a Reference Antenna that picks up the Line-of-Sight signal directly from the BC transmitting antenna, and a second Surveillance Antenna that picks up the target’s reflected echo signal) aircraft positions can be tracked over time. We were shown a complete Passive Radar Receiver, using (highly desireable) Ettus USRP N210 SDR receivers at the core via and lots of low-pass filtering to remove clutter and Low Noise Amplifiers to recover a pure signal. Using antennas mounted on the units building at UCT, with a broad view over the Cape Flats and DuToits Kloof Mountains, aircraft can be detected and their position tracked for around 200 km. At Passive Radar tests done at the Square Kilometre Array site, tracking ranges of up to 700 km were achieved (something of a world record) in that radio-quiet environment.

Stephen and Skippy then fielded numerous questions from the audience, with a relaxed style of those who are particularly well-informed in their field. It is highly gratifying to note that South Africa and UCT still continues to produce individuals of such intelligence and calibre.

Afterward the lecture (two hours had passed with us hardly noticing the passage of time) there was the usual pleasant post-meeting bunfight that consists of coffee, biscuits, eyeball QSO’s and horse-trading in various swops brought along to the meeting. Definitely one of our better lectures! Photos [here].

Next month (22 July 2017) will be the CTARC Annual General Meeting, an event not to be missed. See you there!
Posted by Cape Town Amateur Radio Centre at 12:01
Email ThisBlogThis!Share to TwitterShare to FacebookShare to Pinterest
Labels: 2017, clubhouse, CTARC, june, meeting, photos, report

On  Saturday 24 June 2017, the CTARC held the first of a series of orientation sessions for the new radio hams in our community. The lecture, by Rob / ZS1SA, started at 13h00, an hour before the main monthly members meeting at 14h00. The meeting was well-attended

The common-sense procedures appropriate to using the shared resource of VHF amateur radio were well presented. During and at the end of the lecture, attendees had the opportunity to get their questions answered.

At 14h00 we were joined by the larger group of CTARC members for the main meeting.

Further details of subsequent orientation sessions will be announced on the CTARC bulletins, in RagChew and on this Blogspot.
Posted by Cape Town Amateur Radio Centre at 12:00
Email ThisBlogThis!Share to TwitterShare to FacebookShare to Pinterest
Labels: 2017, clubhouse, CTARC, june, meeting, new hams, ZS1SA 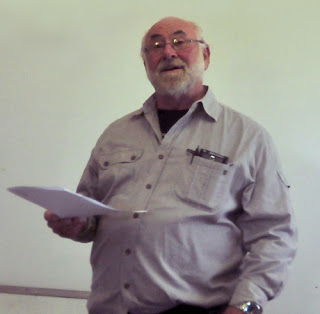 The CTARC committee has received several requests for presentations intended to assist new radio hams to get to grips with aspects of our hobby. Our first session will take place this coming Saturday 24th June beginning at 13h00, an hour ahead of the regularly scheduled meeting, at the CTARC clubhouse.

Our first session, conducted by Rob / ZS1SA, will be on the subject of VHF Operating Protocol

The syllabus will be:
(Note, this meeting has taken place. The Report-back is [here].)
Posted by Cape Town Amateur Radio Centre at 12:00
Email ThisBlogThis!Share to TwitterShare to FacebookShare to Pinterest
Labels: 2017, clubhouse, CTARC, june, meeting, new hams, presentation, ZS1SA

The massive storm on Wednesday 7 June 2017 didn't just destroy the CTARC's main beam antenna, it also blew over the radio mast on the Kanonkop high site as well, putting the 145.750 MHz and the 434.625 MHz repeaters out of action.

However, thanks to a heroic effort by Dave / ZS1SG, a temporary mast has been installed at that site and the 145.750 MHz repeater is back on air, although with slightly diminished performance, which is understandable considering the circumstances. The 434.625 MHz (70 cm) repeater remains out of action at present.

Therefore the Sunday morning bulletin WILL be transmitted on the 145.750 MHz repeater as per normal.
Posted by Cape Town Amateur Radio Centre at 12:00
Email ThisBlogThis!Share to TwitterShare to FacebookShare to Pinterest
Labels: 145.750 MHz, CTARC, kanonkop, repeaters

The big storm on Wednesday has blown down the CTARC main beam antennas. The telescopic mast is OK. The multi-band vertical antenna has been bent but looks repairable. The vertical VHF antenna, having a small wind profile, looks fine. Considering the nature of the storm and all the foliage and branches brought down around the clubhouse, we are lucky to still have a roof! Fortunately the wind blew the beam away from the roof, with minimal damage to the nearby creche fence.

On Thursday, Noel / ZS1FW, Richard / ZS1RIC and Nick / ZS1ZD dismantled the beam antenna before affirmative shoppers could make off with the elements.

So it's back to square one (almost). We will have to decide what to do next... Considering what happened to some buildings in Cape Town on Wednesday, the CTARC got off relatively lightly