Please note that all places for the Cape Town Amateur Radio Centre's 70th Anniversary function at the Wild Fig Restaurant on 25 June 2016 are now fully booked.

If you would like to attend the function, but have not booked and paid for a ticket, you can still put your name on a waiting list. If there is a cancellation you might still be able to attend.

Please send your e-mail request to the CTARC Secretary [here], making the Subject of your e-mail "Request to attend CTARC 70th Anniversary Function".

We thank all those many members and friends of the club who have already committed to attend this signal event in our club's history.
Posted by Cape Town Amateur Radio Centre at 12:00
Email ThisBlogThis!Share to TwitterShare to FacebookShare to Pinterest
Labels: 2016, 70th anniversary, CTARC, event, june, meeting, secretary, wild fig

The May 2016 meeting of the Cape Town Amateur Radio Centre was well attended, with 27 members and visitors present. At 14h00 on Saturday 21 May 2016, we met at the CTARC clubhouse.

Our club chairman, Rob / ZS1SA, opened the meeting with a report back from the recent committee meeting held on Monday 23 May. He then introduced the afternoon's speaker - Tom / ZS1TA, who then gave a fascinating talk on the topic of WinLink and e-mail by HF in the marine context.

Tom is well know in our club (and the Cape Town marine community) for his active and enthusiastic yachting activities. More often than not he is to be found skippering very expensive wind-powered hardware across the high seas, on delivery to their new owners.

Under these often arduous conditions, reliable communications with coastal stations (sometimes from deep mid-ocean) are vital. Tom described how he has found the WinLink PACTOR-based system to be a great advantage in staying in touch with suppliers, clients and loved ones.

He brought along his trusty Icom 706 transceiver and PACTOR modems for us to see, and even demonstrated how easy it was to instantly obtain a GRIB file showing weather patterns. He described to us his nifty methods of rigging up a reliable yacht antenna wire, fed by an equally reliable waterproofed AH4 automatic ATU. Yachtsmen (and women) sometimes have the added complication, not shared by landlubber hams, of huge waves sometimes washing over the deck of the yacht... He also described to us the vital CrewSaver equipment and APRS beacon that reports his position while at sea.

In addition to this we were treated to photos and videos of his experiences across the oceans, including some impressive seas and scenes of "water-skiing" alongside the hull in calmer waters!

In addition to this we heard Tom's experiences on the HF marine radio nets (and of their sometimes necessarily strict radio procedures!) that exist to assist yachties within radio earshot.

After the talk members had the chance to chat over coffee and biscuits, in the well-established manner.

All in all, a great talk delivered by Tom, well up to the high standards of our club. Thanks to him for same, and to the members for their attendance for attending.

Here are some photos of the meeting: 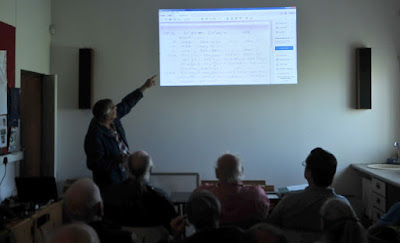 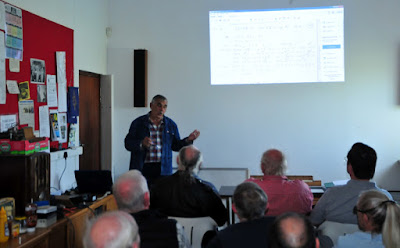 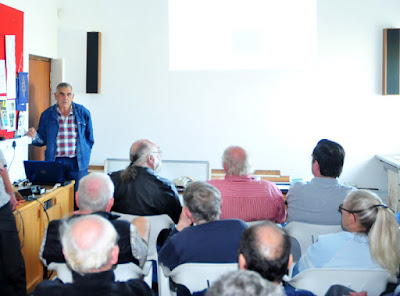 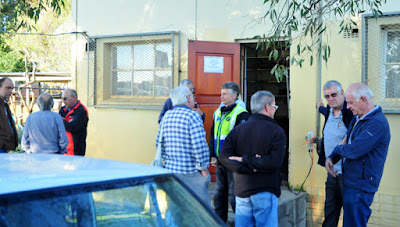 Our following meeting will be the CTARC's 70th Anniversary function to be held at the Wild Fig Restaurant in June.
Posted by Cape Town Amateur Radio Centre at 12:00
Email ThisBlogThis!Share to TwitterShare to FacebookShare to Pinterest
Labels: 2016, clubhouse, CTARC, may, meeting, photos, report, ZS1SA, zs1ta 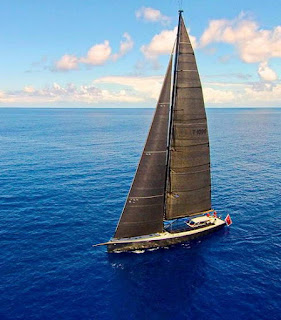 The May 2016 Cape Town Amateur Radio Centre members meeting, (usually held on the fourth Saturday of each month), is on 28th May, at 14h00, at the CTARC clubhouse in Rondebosch.

At the meeting, Tom / ZS1TA will present a talk about E-Mail using HF Radio, something extremely useful to long-distance seafarers and overlanders alike.For some years now, yachties have used this facility to stay in touch with their loved ones, report their daily positions, make arrangements with suppliers at their destinations, etc. It promises to be a very interesting presentation indeed.

Further details will be announced on the Sunday morning CTARC club bulletins transmitted on the 145.750 MHz repeater at 08h30, for listeners in the Cape Town area.

All club members and interested parties are most welcome to attend.
Posted by Cape Town Amateur Radio Centre at 12:00
Email ThisBlogThis!Share to TwitterShare to FacebookShare to Pinterest
Labels: 2016, clubhouse, CTARC, lecture, may, meeting, zs1ta

Mike / ZS1FP recently attended a meeting at the Oakdale Klub, Amateur Radio in the northern suburbs of Cape Town. There he took some photos of Alfie / ZS1HX and Bernie / ZS1BW, both of whom fine gentlemen are well know to the Cape Town Amateur Radio Centre.

Bernie now has 88 summers to boast, and is still in reasonable health, as is his XYL Sylvia. Alfie is still busy up on his farm at Kalbaskraal and is often heard on the Cape Town repeaters as he whizzes up and down the N7 freeway.

Thanks to Mike for the news and photos.

The May 2016 edition of the Cape Town Amateur Radio Centre's bi-monthly newsletter "Ragchew" has been published. Grateful thanks to club secretary Anne for yet another fine edition!

You can download the April Newsletter as a PDF directly from [here]. 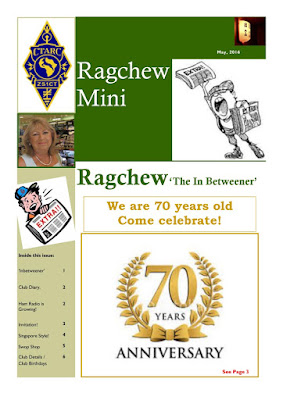