Here are the photos of the 27 January 2018 CTARC meeting.
The written report-back is [here]. 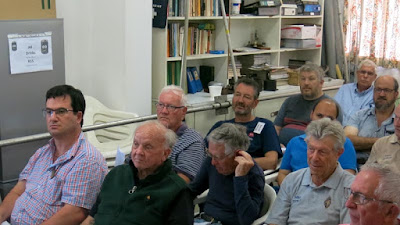 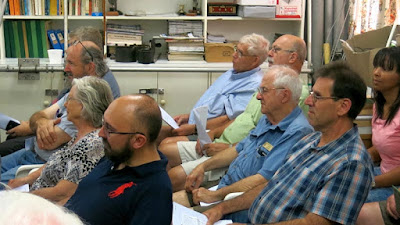 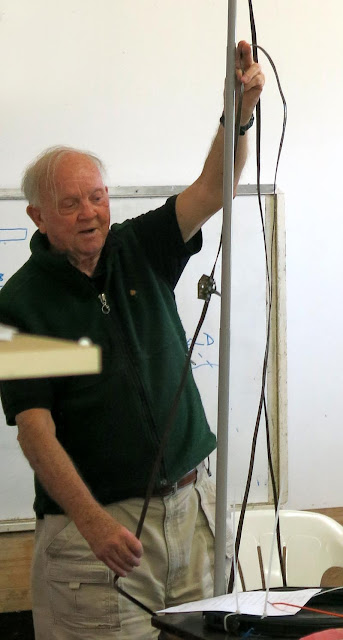 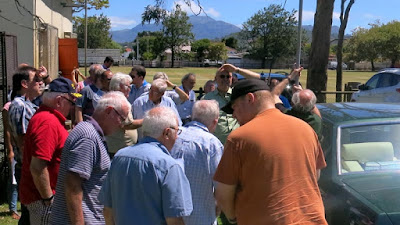 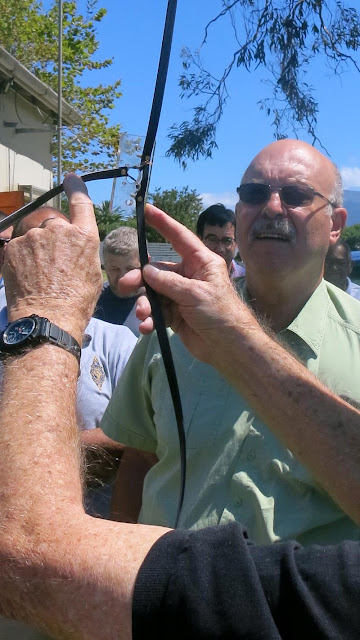 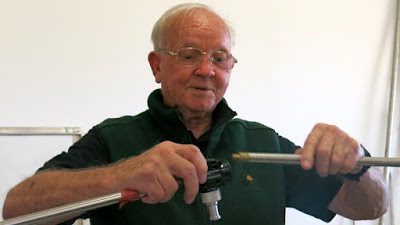 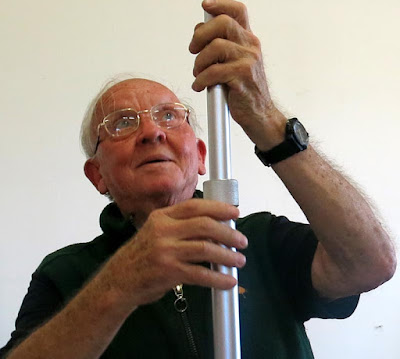 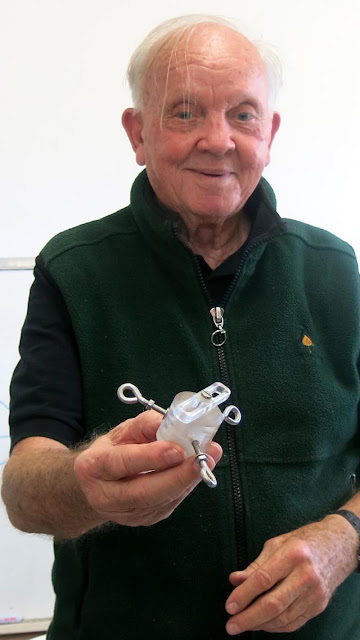 
The Cape Town Amateur Radio Centre held its first monthly members meeting for 2018 on the afternoon of Saturday 27 January 2018.

Photos of the January event are [here].

The meeting, which was very well attended, was opened by our chairman, Rob /ZS1SA, who welcomed existing club members back and welcomed new members into our growing community.

A moment of silence was held in memory of OM Bernie Crockford /ZS1BW-SK, whose key fell silent on 22 December last year. You will find an article in fond memory of Bernie [here].

Rob gave a report back on the November End-of-Year function held on 25 November 2017 (there's a report-back and links to photos [here]), which was a successful event, both socially and financially. He also gave feedback on the recent Committee Meeting of 22 January. Repairs to and maintenance work on the telescoping mast for our main beam antenna continue apace. We also anticipate the acquisition of a tall fibreglass mast as well, which will provide a secure high tie-point for wire antennas in future.

Paul /ZS1SA then briefly addressed the club about a Council matter to be raised. Then, Frank /ZS1CM handed over a copy of the January 1996 Ragchew that he kindly recovered for our archives. You can read it [here].

Rob then introduced Barry /ZS1FJ, who needs little introduction, but for the benefit of newcomers, Barry is a member of the CTARC committee and has been associated with our club for aeons! He is a highly experienced DX-peditioneer of note, having trotted the globe and set up and operated DX stations at many locations.

Barry's talk was on simple, very effective low-cost antennas that are easy to construct, transport, set up and use. While lightweight and thus ideal for taking on DX-peditions, these antennae can also be easily built at and used at the QTH too. Barry had kindly prepared course notes for us which were handed out at the start of the talk.

Three antennas were focused on: The vertical folded dipole, the delta loop antenna and his "Mystery Chinese" antenna!.

The 300 ohm antenna impedance is matched to 50 ohm feed line by way of a high-voltage shunt capacitor across the feed line. The value of the cap ranges from about 37 pF for 10 metre band, to about 150 pF for the 40 metre band. As the capacitor matches the antenna to the feedline, an ATU isn't required for this antenna.

Being a folded dipole, the antenna has a broader bandwidth than a conventional dipole. As a vertical dipole, it requires only one high support point (Barry used a non-metallic "Klaus-mast" which he showed us later in use outside) and also offers a low take-off angle, which is great for DX work.Very easy to deploy quickly, which is useful where one wants to QSY relatively quickly to another band - just lower the existing antenna and raise another mono-band folded dipole. You can also use two of these verticals in a directional phased array for greater gain.

Next, Barry discussed the Delta Loop. Here the formula of (length in feet) = (1005 / freq in MHz) applies. By feeding the antenna through carabiner clips (no doubt worked out from Barry's mountaineering days!) one may adjust the feed point of the antenna to be fed at the base or on the side, giving different polarisations appropriate for local or DX operation. While the apex of the delta loop should be as high as you can get it (when used in a vertical loop configuration), Barry has used this antenna successfully, sometimes with the apex not much more than 10 feet off the ground.

Then Barry showed us his Mystery Chinese antenna. It is a stainless steel device manufactured in - (guess where!) that consists of a horizontal beam with a dipole at right angles at each end. The dipoles are collapsable / expandable stainless steel rods (similar to a conventional "transistor radio" antenna, but bigger and less flimsy) which can be adjusted to the appropriate width for the 20 metre band and upwards in frequency. If the one dipole is adjusted to the resonant frequency of operation, the other one may be reduced by 5% to make a yagi director element, or increased by 5% to make a reflector! The whole antenna can be dismantled to fit into a canvas carry bag similar in size to a folding "spider" camping chair.

After the meeting there followed the usual crush on the tea urn, cookies and Swops Table. Plus lots of good fellowship and discussion, as ever!

Our next monthly meeting will be on Saturday 24 February 2018 at 14h00. Further details to be announced. See you all there!

The Cape Town Amateur Radio Centre kicks off the new year with its first meeting of 2018, on Saturday 27 January at the clubhouse, starting at 14h00.

At this meeting, Barry / ZS1FJ (whom we all know as a seasoned globetrotter and DX-peditioneer of note) will give a talk on the building of simple HF antennae.

Barry's extensive field experience in erecting and using DX antennae at various remote locations ensures that this talk will be most interesting, and backed up with his hands-on knowledge of what works well in practice.

As our club continues to grow, we now begin to face the prospect of having more members than available chairs... Them what arrives early is them what gets the seats! We do look forward to seeing you at the meeting.
Posted by Cape Town Amateur Radio Centre at 12:01
Email ThisBlogThis!Share to TwitterShare to FacebookShare to Pinterest
Labels: 2018, antenna, clubhouse, CTARC, january, meeting, presentation, zs1fj