The CTARC October 2018 meeting commenced promptly at the clubhouse on Saturday 27 October 2018. Standing in for our club chairman who couldn't attend that day, the meeting was opened by Noel ZS1FW.

At this meeting members were shown the official VK0EK Heard Island Dx-pedition video, by kind courtesy of Paul ZS1S.

After the meeting, members had the opportunity for eyeball QSO's over a cup of coffee and a biscuit or two.

Thanks to Paul ZS1S for showing the video, and to all who attended.

Our next club meeting of the CTARC, and the final one for 2018 will be the End-of-Year function held at the end of November. More details to follow. 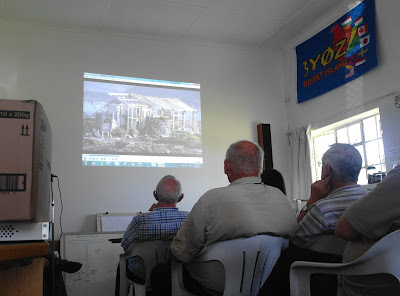 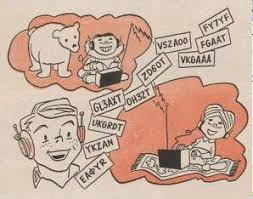 We still require a few members to assists us with Jamboree on the Air 2018.

This year it will be held on Friday 19th to Sunday 21st October 2018.
.
This year we will be setting up a station at the Sea Scout base in Muizenberg.

We need persons to help us set up the station on Friday 19th in the afternoon from 12h00 ish. (Please confirm time with Noel, ZS1FW  or John ZS1AGH. John’s e-mail: zs1agh at telkomsa.net )

In previous years, we used the Girl Guide Hall in Bergvliet, but the Sea Scout base may be more suited to our purpose. 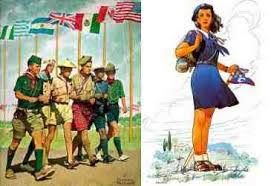 JOTA-JOTI is the largest Scouting event in the world with over 1.3 million Scouts participating across 150+ countries.

Scouts and Guides across the world connect with each other during JOTA-JOTI using the airwaves and the internet.

The event has traditionally been held the third weekend of October since 1957.
Posted by Cape Town Amateur Radio Centre at 12:00

The CTARC will hold it's next monthly meeting on Saturday 27 October 2018 at 14h00 at the usual clubhouse venue in Rondebosch. 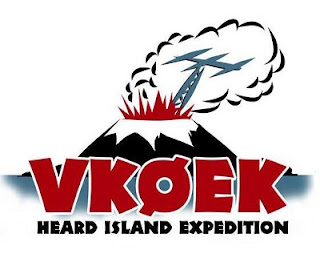 At this meeting, the main topic will be presentation of the official video of the VK0EK Heard Island DxPedition put together by Bob Allphin, K4UEE,  Bob Schmieder KK6EK  and hosted by Paul, ZS1S


Members will recall that the DxPedition assembled at Cape Town harbour before setting off on their epic adventure in March of 2016. Many of you met the Heard Island Group when they were here in Cape Town and this is the video of the entire trip.


It promises to be a good video and, who knows, some of our CTARC members may see themselves immortalised in deathless video! Certainly, the CTARC and a good number of local hams were there to assist, helping to establish Cape Town as a very useful staging post for future DxPeditions.

Do go along early to get your seat.

Below is a link to a website with a PDF e-book that contains an enormous amount of info on antennas and associated theory and practise.

Access the website via the link below; you will find the link to the PDF file (a compact 855kB) halfway down the page.

Thanks to Lem ZS1LEM for letting us know about this:

Editors Note: This is a book length web article provided by the author FREE for all hams.
It is to be used only for personal non-profit educational use.
It is HUGE!
Bookmark this page for future reading or see more options for saving at bottom of page!
The original book contained 60 pages and illustrations.
They are all here!
Many of the antennas described here are in project form on this web site.

On Saturday 22 September 2018, the CTARC held its monthly meeting at the clubhouse. At this well-attended gathering, we were welcomed as usual by our club's chairman, Rob ZS1SA, who gave the members feedback on matters discussed at the recent September Committee Meeting held the previous Monday. Noel ZS1FW gave us feedback on the antenna work parties held to maintain and refurbish our antennas, and Rob also showed us the Fox transmitter and a DF antenna typical of those to be used in our club's forthcoming fox hunt activities.

Then we were treated to an interesting talk and slide show by Mike ZS1CO. He had the opportunity to visit family in California recently, and combined that visit with the opportunity to meet some of the US hams the CTARC had welcomed when they arrived by ship in Cape Town after their 3Y0Z Bouvet Island DX-pedition.

It was fascinating to see some of their equipment, fabulous antennas and facilities.

Following Mike's talk, Mike ZS1FP briefly showed us some ham bits and pieces he had found in his own excursions.

Then it was time for coffee, biscuits and eyeball QSO's, enlivened by recently advertised Swop Shop activities (ZS1TK's equipment featured heavily, as well as some rather nice green radios that were to be seen a little further beyond the clubhouse).

Thanks to all who took part, participated and attended the meeting. Our following monthly club meeting, held at the same venue on Saturday 27 October at 14h00 B: will include a screening of the official Heard Island DX-Pedition video, which should be well worth seeing.

Here are some photos of the meeting. We apologise for the fuzzy quality of some of them, which are obviously photos of photos projected on the wall! 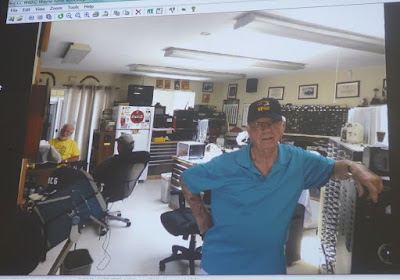 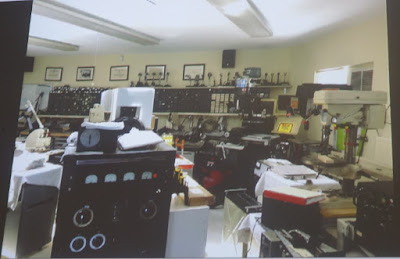 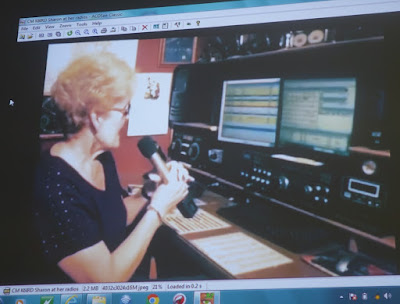 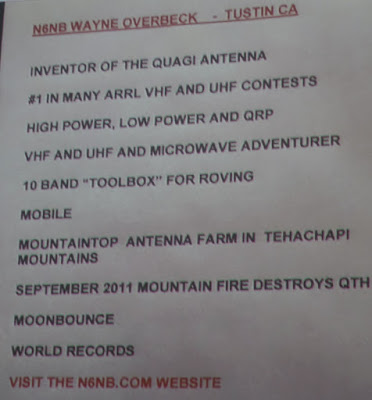 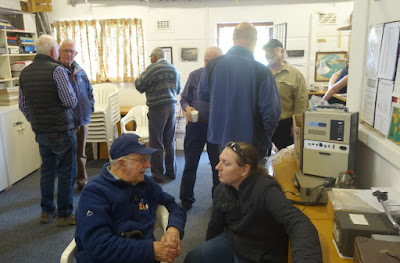 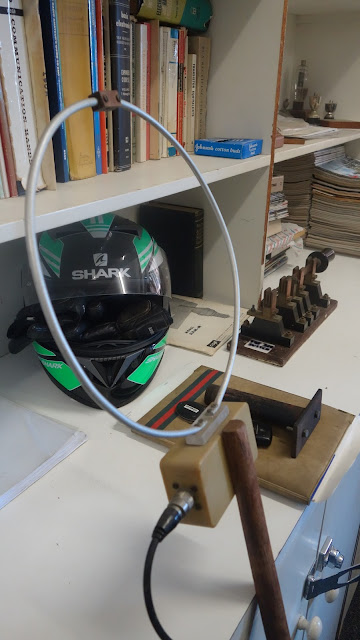 CTARC Committee members are reminded of the forthcoming meeting at 19h00 on Monday 22 October 2018 at the clubhouse. Noel ZS1FW will chair the meeting.

Please make an effort to attend as there are important matters to discuss regarding the CTARC Monthly Meeting for October that takes place on 27 Oct '18. We will also discuss the forthcoming End-of-Year Function that takes place in November.

(If you can't be there, please remember to send in your reports and apologies to Rob or Anne.).
Posted by Cape Town Amateur Radio Centre at 12:00 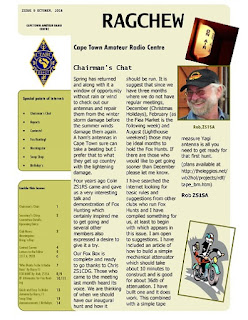