On Saturday 26 September 2015 at 14h00 the CTARC held its September meeting, which was reasonably well attended in spite of rather cold and windy weather.

The afternoon began with our chairman, Rob / ZS1SA, calling us to order. He gave us a report on the recent committee meeting of 21 September, and the various forthcoming events with our club will be involved:
Further details on the above forthcoming activities will be published on this blogspot and announced in the regular CTARC Sunday morning bulletins.

In addition to this, Rob mentioned our club had recently been featured in an article in the Southern Suburbs Tatler newspaper. (See that article here)

We then proceeded with the main event of the afternoon. John / ZS1AGH gave us a fascinating lecture on Decibels - what they are, and how they apply to amateur radio. His talk was illustrated with a PowerPoint lecture, which may be downloaded here.

Those CTARC members with grey hair had to scratch our heads (and watch what hair we have left turn even greyer) at the complexity of it all, having last had exposure to such mental calisthenics when at technical college or university (many years ago...)! At the time, John made it all appear so clear and simple!

John also showed us the tools of the pre-calculator epoch - logarithm tables and a slide rule. They may appear cumbersome to us now, but in experienced and adept hands they were tools of great productivity before cheap digital calculators became widely available.

Hans-Jurgen / ZS1HJH brought along a very useful card published by the German Funkamateur club, of a comparison between decibel values, Voltage and Power levels, and S-Units. He very kindly allowed us to make it available, so you can download it as a PDF file here.

Afterwards we broke for the usual natter over coffee and biscuits. All in all, another great CTARC meeting. We look forward to the forthcoming JOTA field station and October meeting.

This photo of the (unadorned) Green Point Lighthouse (where the CTARC participates in the annual International Lighthouse / Lightship weekend), was taken some time in 1925, and supplied by John / ZS1AGH. Grateful thanks for same!

You may note there have been several structural changes in the building since then... 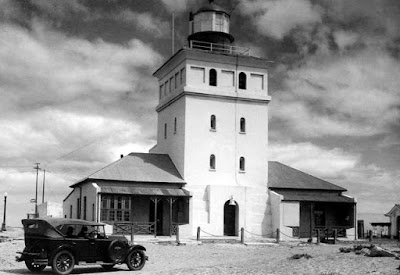 Since we assembled our Lighthouse Weekend Field Station, four bandpass filter boxes that we used in the previous (2014) event have gone AWOL. They were all kept in a clear plastic bag in our ham shack, and we are sure they were returned to the clubhouse after the previous event.

If anyone can help shed light on the location or fate of these needed bits of equipment, we would be most grateful. They are small rectangular silver boxes, each about 75 x75 x 50 mm in size and with two SO-239 coax sockets on them.

Please contact the secretary [here] if you can help.

UPDATE: We found our filters at last!
Posted by Cape Town Amateur Radio Centre at 12:00 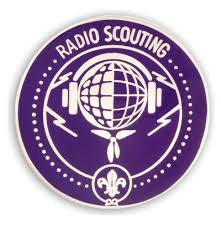 This year, the Cape Town Amateur Radio Centre will set up a JOTA (Jamboree On The Air) station for the Bergvliet area boy scouts and girl guides, to enable them to participate in this international radio amateur event.

The 2015 JOTA runs on 16, 17 & 18 October, and promises to be a very rewarding couple of days for all involved. Noel / ZS1FW is driving this particular initiative,

The plan is to prepare the equipment and antennas on Thursday 15 October, transport it to the Bergvliet venue of Friday 16 and operate on 16, 17 and 18 October. We expect to be inundated with keen scouts and guides who have expressed keen anticipation for our involvment!

We will then dismantle the station and returning the equipment back to the clubhouse on the afternoon of the last day of JOTA.

Further details and arrangements will be announced closer to the time.
Posted by Cape Town Amateur Radio Centre at 12:00 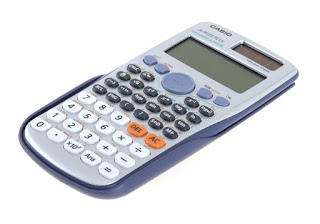 The Cape Town Amateur Radio Centre will hold its September meeting at the clubhouse, as always,  on the fourth Saturday of the month, which this month will be 26 September, at 14h00.

At this meeting, John /ZS1AGH will present a very interesting talk on Decibels and how they apply to Amateur Radio.

We are all requested to bring our calculators to this meeting, as John will be asking us to do some calculations!

Further details of this meeting will be announced here and on the Sunday Morning CTARC Bulletins on 145.750 MHz at 08h30 (or a few minutes afterwards, when the preceding SARL Bulletin has concluded)
Posted by Cape Town Amateur Radio Centre at 12:00

There will be a meeting for members of the CTARC committee, at 19h00 on Monday, 21 September 2015, at the CTARC Clubhouse.

Surfing the radio waves around the world

From Haiti to Asia to anywhere in the world, radio amateurs bounce around different air waves communicating with their peers locally and internationally.

Radio amateurs, Or “hams” as they are sometimes known, are part of an international fraternity represented in almost every country in the world.

They are a group of people tested for their technical abilities and licensed (in South Africa) by the Independant Communications Authority of South Africa (ICASA) to transmit over the air waves to other radio amateurs.

Next year marks the 70th anniversary of the Cape Town Amateur Radio Centre (CTARC), which is located at the Belvedere Centre in Rondebosch. The club recently took part in an international communications event with others operating from various lighthouses across the world, trying to contact as many clubs as possible.

Chairperson for the club, Rob Bareham, said hams are the only group which are normally capable of providing instant international communications in the event of major disasters, such as the tsunami in Asia or the earthquake in Haiti, when all local infrastructure such as cellular and satellite base stations and mains power generation has been destroyed.

“Radio amateurs are involved in all aspects of communications, from local communications, long range shortwave communications, and we also have over a dozen satellites orbiting above us which radio amateurs own and use. NASA, Russia, the European Space Agency and the Japanese offer to launch amateur radio satellites free of charge as they understand how this hobby of amateur radio encourages experimentation and advancement of the state of the art. South Africa has had two satellites launched for us and more are in the building stages. You will always find licensed radio amateurs involved in any of our local university and technikon satellite projects.,” Mr Bareham said.

It all began in 1946, when it was known as the Cape Town Branch of the South African Radio League. It was formed by early radio experimenters getting together to share technical information and to source building components. Hams in those days usually constructed their own equipment as commercially-built amateur radio equipment was rare and expensive. Their current club house was an old municipal wash house which the local radio amateurs spent many months, finances and effort to convert it into what is now known as the Belvedere Community Centre in Rondebosch. They moved into the completed club house in 1980.

Mr Bareham said the CTARC is also involved in promoting this hobby/avocation to its members in the form of training in emergency preparation and communications services to the local community. The club, which has approximately 70 members, was also instrumental in assisting with the rescue of ships at sea, providing communications in situations such as the Haiti earthquake and Asian tsunami where all normal terrestrial and satellite communications were disrupted.

Many years ago, during the Laingsburg flood, it was only radio amateurs who were able to get communications into and out of the stricken area. Our members regularly assist the rally clubs with communications, the Cape Town Cycle Tour (formerly known as the Argus Cycle Tour) and any major events where reliable communications are necessary. Over the years we have trained dozens of members of the public in order for them to write the technical and legal requirements of the ICASA examinations to become a radio amateur,” Mr bareham said.

The recent international lighthouse event takes place on the same weekend in mid-August each year when radio clubs around the world operate from their local lighthouses in an attempt to contact as many other lighthouses and other radio amateurs around the globe as possible. It is easy to see that this is in fact excellent practice for the local radio clubs to set up portable stations and antennas and practice for what could someday be a local disaster. It also focuses attention on lighthouses and lightships and their importance.

“These clubs are well recognised around the world. There are always radio amateurs in every American and Russian space craft along with the International Space Station to promote amateur radio,” Mr Bareham said.

Hams from around the world have also often taken equipment to various schools to allow the children to speak with the astronauts and further their interest in space and science in general. They are regarded as being among the most prolific inventors.

“Radio amateurs have always strived to maintain international goodwill and will communicate with fellow hams, (even) in countries that their own governments will not recognise or are having a dispute with. Radio amateurs ignore international politics and strive to promote their association with like-minded hobbyists around the world. In order to maintain such good relationships, a gentlemen’s agreement requires radio amateurs never to discuss politics, sex or religion over the air.

“We have much more interesting technical subjects to discuss,” Mr Bareham said.

•    To become a radio amateur, the first requirement is to obtain a radio amateur license. Courses are offered twice a year and interested candidates can contact their club secretary by e-mail on zs1ct@ctarc.org.za, who can direct the prospective candidates to the trainer. Contrary to popular belief, Morse Code proficiency is no longer a requirement for passing the Radio Amateurs Exam (RAE).

Visit the Cape Town Amateur Radio Centre’s website at http://www.ctarc.org.za or visit the CTARC blogspot on http://zs1ct.blogspot.co.za, or the South African Radio League, which is the national body for amateur radio in south Africa, on http://www.sarl.org.za.

The Cape Town Amateur Radio Centre always welcomes new members to join our club. At a recent committee meeting it was decided that, henceforth, the spouses of members of the CTARC may join up at half the subscription fee of the main member!

Similarly, as a pensioner's annual subscription is R80-00, the spouse of a pensioner member will pay only R40-00 per annum.

Annual subscriptions are renewable at the Annual General Meeting (held in July each year). We encourage all CTARC members who have yet to renew their subscriptions to do so ASAP.

The September 2015 edition of the Cape Town Amateur Radio Centre's bi-monthly newsletter "Ragchew" has been published. 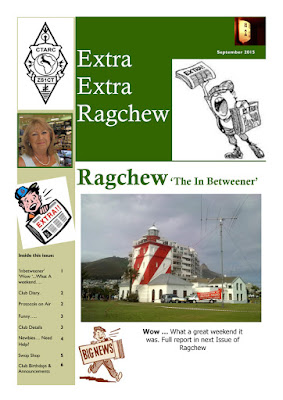