Here are the photos of the CTARC End-of-Year function held on Saturday 25 November 2017.

The written report-back on the meeting is [here]. 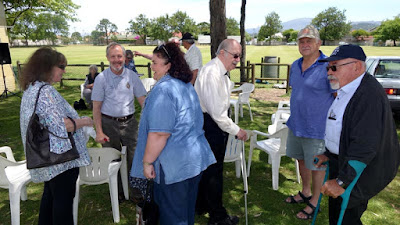 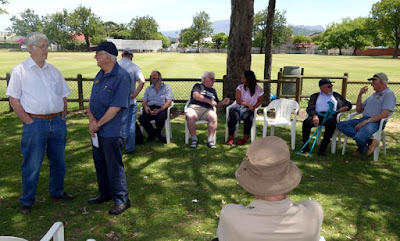 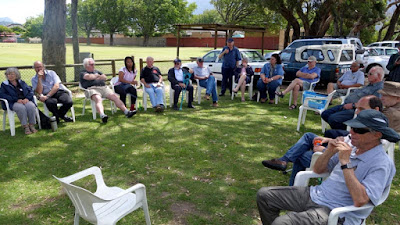 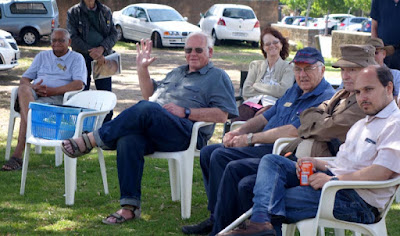 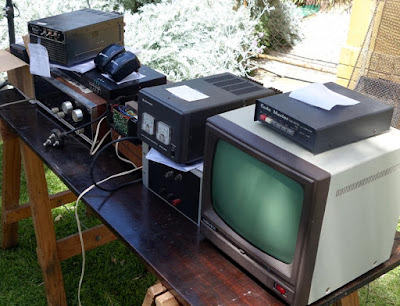 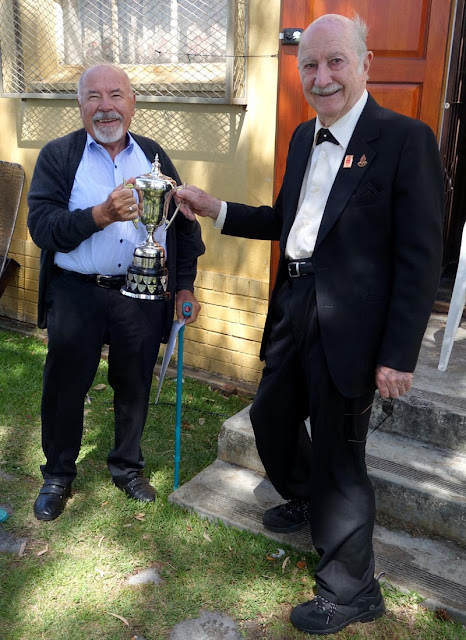 Photos of the event are [here].

The Cape Town Amateur Radio centre held its end of year function on the afternoon of Sunday 25 November 2017. The weather was mild and just right for the event.

At 12h00 the trusty members of the Committee arrived and started setting up shop. We were gratified to note at the committee meeting on the Monday evening before the weekend that that City Council had kindly removed the broken tree and branch debris left over from the Great Storm of July 2017, since which time what used to be the grass car park next to the clubhouse had been covered thigh-deep in branches and tree debris. After our chairman, Rob / ZS1SA had put in a diplomatic request, the City Council Parks and Forests kindly cleared it all up and we were able to park our cars and hold our end of year function and braai outside the clubhouse.

The tables were set up and and canopies erected. Anne, Elsabe and Glynnis started industriously cutting and prepping burger rolls and salad. The braai fires were assembled, fuelled and fired up. Tony / ZS1TM and Nick /ZS1ZD started cooking the burger patties once the fires were hot enough. Paul / ZS1S set up his finely constructed solar powered MW receiver with a loop antenna, which provided music from Magic 828 throughout the afternoon. Mike / ZS1FP set up the PA system as he kindly does each year. We all unpacked and redeployed the club’s plastic chairs in a ring outside for the benefit of the visitors. The members and guests started arriving.

At around 13h00, the official beginning of the event, the lawn outside the clubhouse was already filling up with members, XYLs, friends and visitors. At the height of the afternoon we were to have an estimated 60 guests in attendance, including new members who signed up to the CTARC. Welcome!

At about 13h45 Rob fired up the PA and introduced Dennis / ZS1AU, who had arrived in his James Bond attire (shaken, but never stirred) to announce the award of the Len Wells Ham Spirit Trophy. This being the 50th anniversary of the award (can you believe it?) we had put out a special request for all LWHST recipients who still could to attend the meeting.  What most people hadn’t seen were the efforts by ZS1AU and ZS1ZD beforehand, to get the certificate signed in sticky gold ink without giving the game away.

Dennis gave us a comprehensive account of the recipients of the Award over the past half-century, and finally announced the winner, who this year is Fred / ZS1FZ, who has made a significant contribution to the hobby, to our club and to ham spirit in general, not just this year but throughout the time we have all been fortunate to know him. So it is entirely appropriate that the 50th anniversary award goes to one of such stature in the amateur radio community, both locally and internationally. Fred received both a certificate and the magnificent trophy, and addressed us briefly on receipt of his award. His relationship with South Africa, Cape Town and our club goes back a long way.

That being complete, Rob then did the raffle draw, assisted by Paul / ZS1PXK. Wolfgang / ZS1WLH won that and walked off with two fine bottle of wine that had been donated.

At that point there was a rush on the food tables as hungry hams, whose nostrils had been tantalised by the aroma of roasting burger patties throughout Dennis’s speech, could now satisfy their hunger. Anne and the ladies were hard pressed to keep up with demand and Tony and Nick kept at it with the burger patties and other meats on the braai fires. Liquid refreshments were available and the afternoon continued in its characteristic spirit of conviviality.

Once hungry appetites had been satisfied with a burger or two, we gathered the LWHST members together for a historic photograph of those award recipients we had managed to gather into our midst for the occasion. That photo is [here] at the bottom of the article.

In addition to the chewing of the (proverbial) fat and (literal) animal proteins, there were other items for hungry hams to consume in the form of various bits of hardware that were set up on two tables and various car boots at the venue. As always, a number of hams went home happy with bulging car boots and (moderately) lightened wallets. And a number of forlorn rectangles of hardware flickered their meter needles with joy at the prospect of acquiring a new home and firing up their circuits, even if in modified or component-redeployed form. There were even generous freebies made available by kind courtesy of Deon / ZR1DE, and one individual walked off with bits of a fax machine that might be modified to print out the HydroSan synoptic weather chart broadcasts.

By about 16h00, the event was tailing off and we started packing things away; the chairs inside, the braai coals extinguished, the remaining ice distributed across the lawns. We packed everything away and locked up the clubhouse. Shook hands and wished each other well for the festive break. ZS1ZD was seen trundling off in a small vehicle filled to the brim with empty cooldrink bottles and cans.

That was it for the year of 2017. Once again, the Cape Town Amateur Radio Centre chairman and committee wishes all its members and friends everything of the best for the festive season, stay safe (especially on the roads) and we really look forward to seeing you all again next year for an exciting and innovative new year of amateur radio in 2018.

Photos of the End-of-Year function are [here].
Posted by Cape Town Amateur Radio Centre at 12:00

The CTARC’s  End of Year Function! 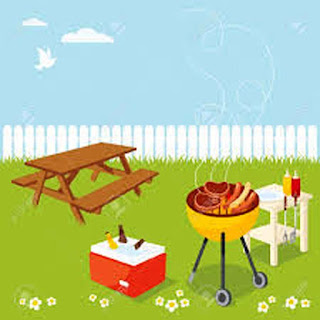 Braai fires will be lit at 13h00 ready by 14h00. Complimentary beef burgers will be served to CTARC members and liquid refreshments will be on sale.

(You are welcome to bring your own meat to braai if you wish.) Spouses / partners are also welcome.

This year The ‘Len Wells Ham Spirit Trophy’ turns 50 years old!
We are inviting as many of the past recipients of the trophy as we can find.
Dennis / ZS1AU, will be at the function to meet them all once again.
We would like to arrange a large group photo of all the LWHST awardees.

Do try to join us at this special event!

CTARC Committee Members are reminded of the committee meeting that will take place on Monday 20 November 2017, at 19h00 at the CTARC Clubhouse.

We will discuss, amongst other agenda items, the forthcoming End-of-Year function for the following Saturday (25 November) .
Posted by Cape Town Amateur Radio Centre at 12:00

The November 2017 edition of the Cape Town Amateur Radio Centre's bi-monthly newsletter "Ragchew" is now published. Grateful thanks once again to our editor, Anne, for all her sterling work! 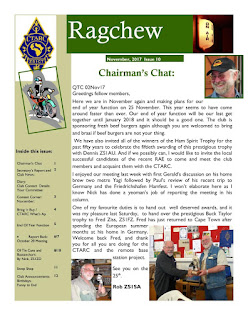