Dennis Wells / ZS1AU requests all local radio hams to consider putting forward nominations for a worthy recipient of the Len Wells Ham Spirit Trophy, which he manages in memory of his late father.

Prospective recipients of this unique trophy must, of course, be radio hams. But they do not have to be members of the Cape Town Amateur Radio Centre, though the award is intended for members of one of the four Cape Peninsula area clubs - CTARC, Oakdale, Boland ARC or False Bay ARC. Neither do they have to be technical wunderkinds nor DX-achievers of note. Whom Dennis would really like to know of is radio hams who have recently promoted the characteristic radio amateur spirit of generosity and cooperation in our particular community.

It is requested that such nominations be passed on to Dennis soon (his e-mail address is here), as the recipient's name and call sign need to be engraved on the trophy. Nominations close on 31 October 2016.
Posted by Cape Town Amateur Radio Centre at 12:01

The Cape Town Amateur Radio Society held its monthly clubhouse meeting on Saturday 24 September 2016. The meeting was well attended and was opened by our chairman, Rob / ZS1SA. He gave us some feedback on the recent Committee Meeting, some news about repairs to the 145.750 MHz repeater antenna on Tygerberg, he mentioned forthcoming events such as Field Day and JOTA, and then handed us over to the main topic and speaker of the afternoon.

This time we were treated to a talk by Peter / ZS1PGC, proud owner of a RigExpert model AA-600 Antenna Analyser. The "600" portion of the model number indicates how high in frequency the device can measure - in this case up to 600 MHz. There are higher-frequency models, which come with appropriately higher price tags!

Radio hams like to optimise their antennas in order to "get their signals out". This involves measuring the antenna's operating characteristics (resonant frequency, Standing Wave Ratio, impedance, radiation resistance, and capacitive and inductive reactance being the main parameters). We have relied on a range of tools to measure them. Traditional tools such as Grid Dip Oscillators, SWR meters (and even light bulbs!) have been used. More recently the MFJ range of antenna analysers have made the task of tuning antennas to resonance far easier.

The RigExpert range of analysers has, however, shifted the paradigm yet further, as we were to learn from Peter's enthusiastic demonstration. He showed us how his device can not only measure the above parameters for a particular frequency, but draw graphs of the antenna's performance over a wide range of frequencies. In seconds.

By linking his AA-600 to a laptop computer, Peter was able to project the results of each scan onto a screen via the club's video projector, sharing them with the audience

Peter had brought some antennas along to show how the AA-600 quickly draws a graph of the SWR, the Return Loss, Impedance, Resistance and Reactances of an antenna. He zoomed into a portion of the SWR graph to show the low-value SWR's (between 1.3:1 to 1.0:1) on a narrow bandwidth of, say 5kHz., and then even narrower bandwidths. This makes for precision "fine tuning".

Peter then showed us some tricks his analyser can do, such as "Multi-SWR" (showing various frequencies where low SWR's are to be obtained), Time Domain Reflectometry and even Smith Charts! The TDR function was particularly useful to check on quality of coax cable and could even show how far down the cable the barrel connectors were situated! The Smith Chart function was fascinating in its ability to show the true points of resonance and low SWR of an antenna. Peter was even able to show us how two antennae in close proximity to each other (though electrically disconnected) could affect the SWR of the main one.

The purchase price of this versatile instrument was justified, as Peter put it, in that he was "buying a whole training course on antenna parameters and behaviour". We could see his point as we all quietly wondered which heirloom rig we could sell to fund the purchase of an AA-600...

Sadly, the afternoon wasn't long enough to allow for the full range of capabilities of this remarkable instrument, but Frank / ZS1CM and John / ZS1AGH also made appropriate contributions to the topic after Peter's excellent talk.

Paul / ZS1S rounded off the afternoon by showing us a fascinating Dubillier widget that could (theoretically) use the mains wiring of a house for a receiver antenna. Clearly intended for use with hollow-stage receivers and developed long before sensitive MOSFET front-ends were in use.. Eek! Use with caution.

After the meeting, outside, great interest was shown in a mystery high-power RF (transmitter?) unit that has been kindly been made available to our club (photos at the bottom of this article). Festooned with dials, verniers, power valves, coils and other components, this item would be the ideal addition to any shack or man cave (for those of us who have any space left there, that is...)

All-in-all an excellent, educative afternoon for our club. Thank you to all for attending, and especially to Peter and the other contributors. 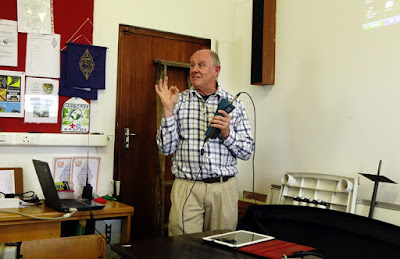 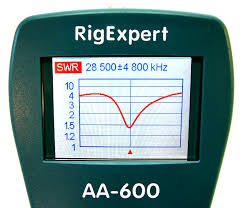 The September 2016 Cape Town Amateur Radio Centre members meeting, (usually held on the fourth Saturday of each month), is on Saturday 24th September, at 14h00, at the CTARC clubhouse in Rondebosch.

At the meeting, Peter / ZS1PGC will present a talk about the RigExpert AA600 Antenna Analyzer, which can show a graphical view of SWR as well as other antenna characteristics. It promises to be a most interesting talk. 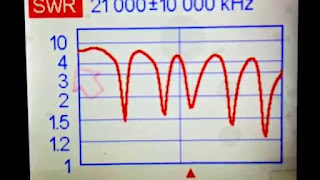 There will be a meeting for members of the CTARC committee, at 19h00 on Monday, 19 September 2016, at the CTARC Clubhouse.

The September 2016 edition of the Cape Town Amateur Radio Centre's bi-monthly newsletter "Ragchew" has been published. Grateful thanks to club secretary Anne for yet another fine edition!

You can download the September Newsletter as a PDF directly from [here]. 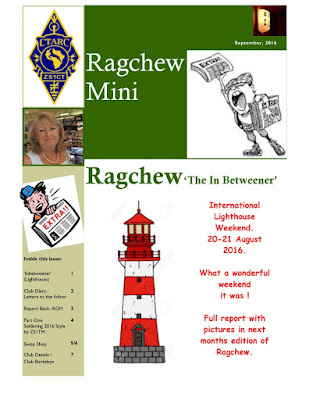