The CTARC's March meeting will be, as is always the case, our Mega Flea Market, which is traditionally held on the first Saturday in March. In this case, that will be the 3rd of March, 2018.

The venue is our clubhouse, off Laidlaw Lane in Rondebosch.

This is probably the largest flea market / "Swop Meet" of amateur radio equipment in the Western Cape. It is always well attended and is the ideal opportunity to sell off surplus equipment. For the buyer, there are usually lots of bargains to be had.

All are welcome. You don't have to be a member of the CTARC to attend, to buy or to sell items at this event, although our friendly club always is glad to welcome new members into our fold. The event is also a social highlight on the amateur radio calendar and a great chance to meet up with friends and to chew the rag face-to-face.

Sellers are requested to bring their own tables and/or to sell items out of their car boot. Tables are in very short supply at the clubhouse, and the CTARC needs their own to display items which will be on sale at reasonable prices.

Sellers will be charged a small charge of R10-00 to help defray our costs, but no charge to buyers and browsers. The good news is that your ticket will enter you in the lucky draw to win a prize! (Non-sellers may also buy a ticket and enter the raffle, too). The fee allows sellers to park their vehicles on the grassy area immediately in front of the clubhouse. As this area is limited in size, buyers and non-sellers are requested to park in the paved area off Laidlaw Lane, which is immediately adjacent to the flea market and only a few metres away.

Scrumptious boerie rolls and ice cold refreshments will be on sale throughout the day.

The setup time and simultaneous start of the Flea Market will be 12h00. While the CTARC committee members will meet before then to set up the event, please respect the starting time.
The event usually lasts until about 16h30 - 17h00.

Sellers are requested to remove unsold items from the venue when they leave. The CTARC cannot take responsibility for any items left behind (and we have no space in our clubhouse, anyway!).

See you there on the 3rd of March! 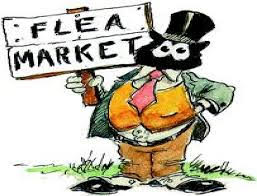 Here are the photos of the CTARC's February 2018 main meeting.
The written report-back is [here].
Photos of the Antenna Work Party are [here]. 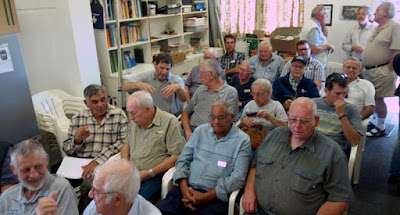 On the morning of Saturday 24 Feb, stalwarts of the CTARC assembled at the clubhouse for a work party to reassemble the club's main coaxial mast. Present were Rob ZS1SA, Barry ZS1FJ, Noel ZS1FW, Danny ZS1BL, Paul ZS1S, and Lem ZS1LEM.

Grateful acknowledgement to Barry / ZS1FJ for the photographs below.

The main meeting at 14h00 is reported on [here] 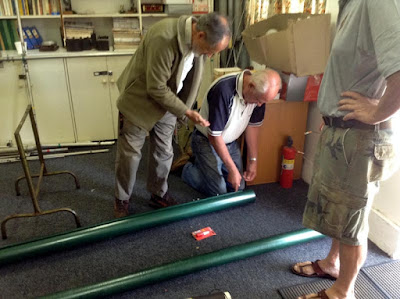 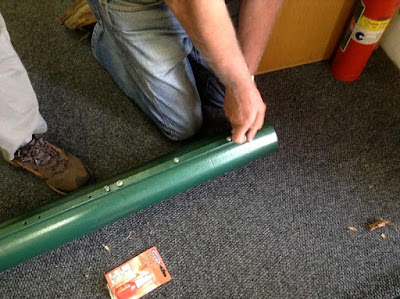 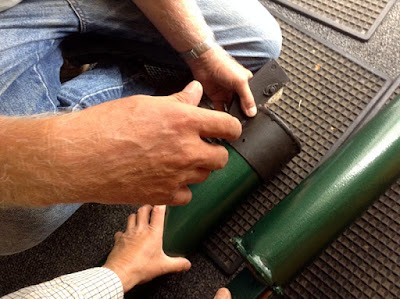 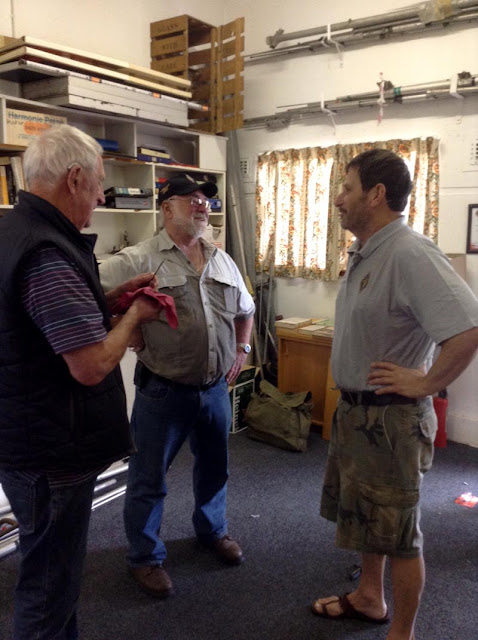 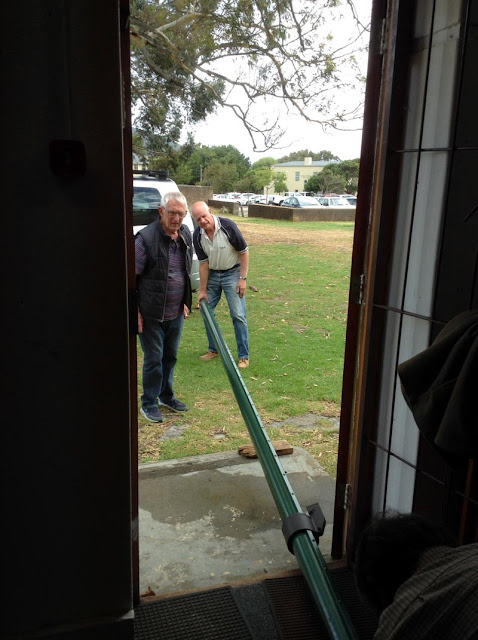 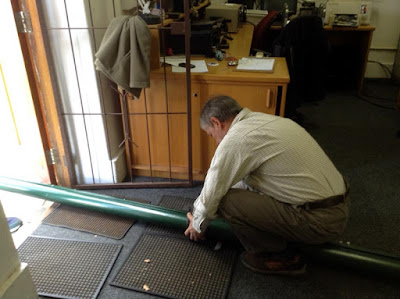 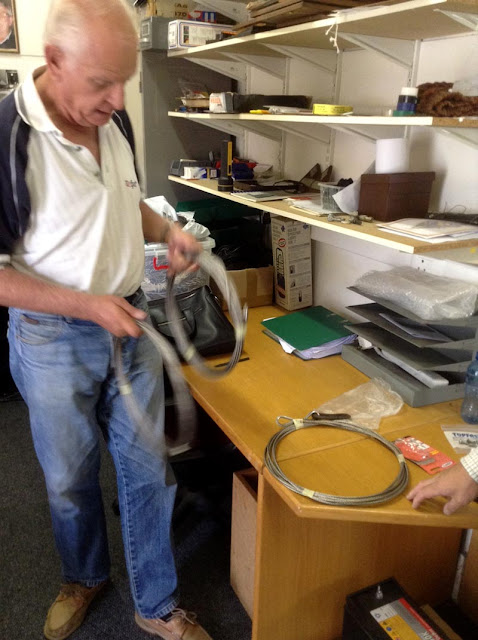 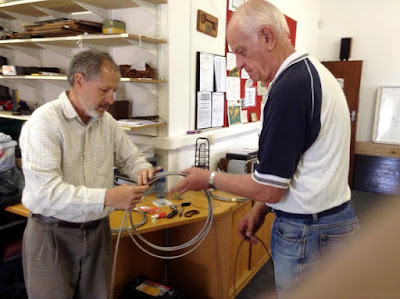 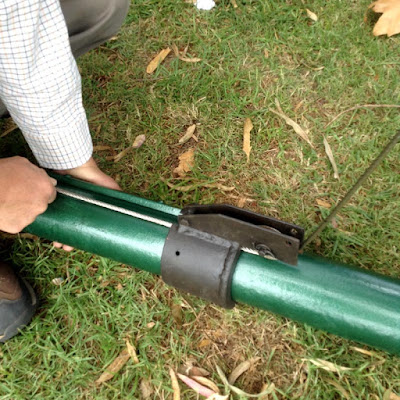 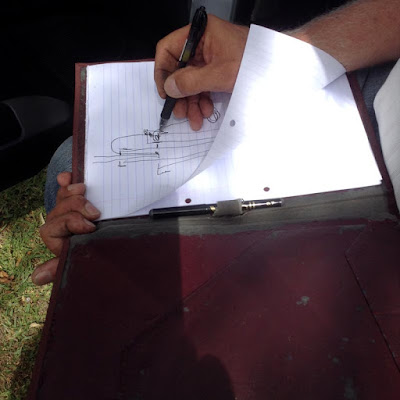 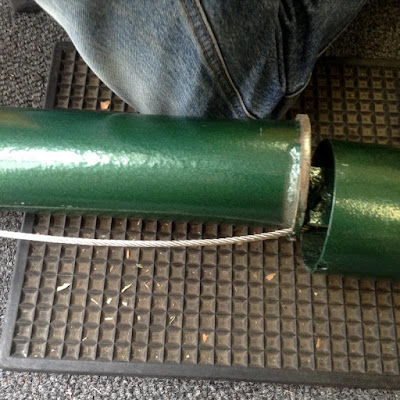 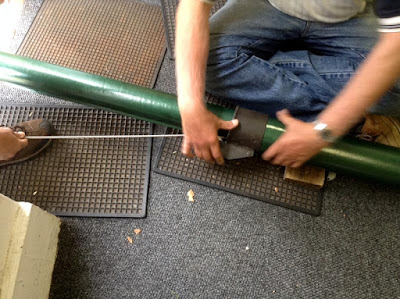 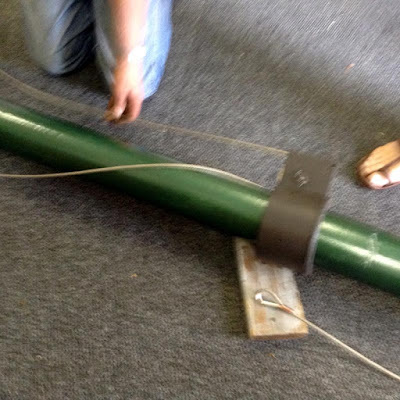 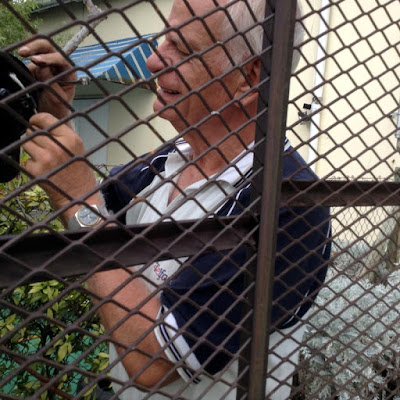 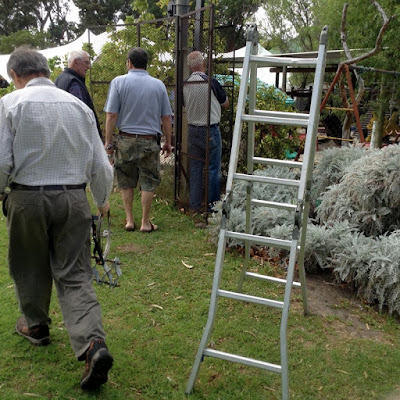 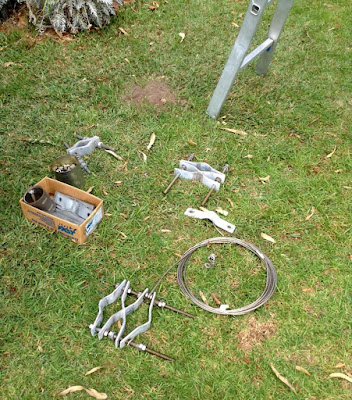 On Saturday 24 February 2018, the CTARC held its February meeting at the clubhouse, starting (as per usual) at 14h00.

The meeting was well attended (in spite of the major cricket match between South Africa and India at Newlands nearby). Our Chairman, Rob / ZS1SA opened the meeting by welcoming everybody present. He gave a brief report on the recent committee meeting held on Monday, where planning for the forthcoming Mega Fleamarket on 3 March was discussed. He also reported on the Antenna Work Party held that very Saturday morning at the clubhouse, where a select few managed to get the main coaxial mast antenna, which has been incrementally refurbished over the Xmas break, up in position again. (What he didn’t mention was that at the critical moment, where too few people were carrying not one but both antenna mast sections simultaneously, one slid into the other, the heavens opened to to pour down on the carriers, the winder of the cable and everybody else who couldn’t drop things and move inside, at the critical moment. Everybody got soaked, which these days in Cape Town is a rare experience. Once the antenna had been cranked up into its vertical position, the rains ceased as if by magic and the sun came out.) Very well done and a big thank you to the work party members.

Photos of the February Antenna Work Party are [here].

Rob also asked Paul / ZS1S to give a report back on the welcoming function, held last weekend at the Royal Cape Yacht Club, for the benighted 3Y0Z team who had arrived in Cape Town after their cancelled Dx-Pedition to frigid Bouvet Island in the Southern Ocean. The general consensus was that the hospitality shown by South African radio hams (and the CTARC in particular) was greatly appreciated by the 3Y0Z team - so much so that future DxPeditions to those climes may very well consider Cape Town for the starting point. We all do hope so! Paul thanked the many local hams who all contributed to the success of the event.

Then it was on to the main topic of the afternoon, a talk by Charles / ZS1CJO, on the topic of Electronic Logging and E-QSL. Charles, along with Barry / ZS1FJ, handle the QSL arrangements for our club. Charles does the electronic side, Barry does the paper aspect.

In his well-structured talk and slides, Charles first asked us a few questions, such as how many of use still log our QSO contacts on paper (most still do, but some do it both manually and on a computer). He took us through an overview of the electronic logging process, which (along with the Internet) is becoming ubiquitous. He provided some basic examples of how radio QSO’s can be logged on the computer using something as simple as an Excel Spreadsheet, or more task-specific applications such as DxKeeper, Logger32, SwissLog or XLog. There are many available.

Charles then showed the various advantages of on-line logging (in summary: safer, more functional and cheaper). We then went through some of the major on-line QSL sites – LoTW (Logbook Of The World, managed by the ARRL), eQSL and the SARL’s own QSL facility. There are many more such sites, which is a pity because standardisation is not universal.

We then looked at XLog - an open source logging programme, and the different logging formats, chiefly ADIF and CSV, to get a sense of how a QSO is summarised in data format.

Charles then demonstrated to us how log data is uploaded to QSL websites (for the CTARC’s logs: chiefly to LoTW, eQSL and the SARL QSL facility).

For those who would like to see the slides, they are available at the following URL:

Throughout and after the talk, there were options for questions. At the end of the talk, both Charles and Rob answered a question by Tjerk / ZS1J who (as the ARRL’s representative in the RSA for the DXCC) wanted to know why we upload the logs to E-QSL in addition to LoTW.

With that concluded, the meeting was officially adjourned, the chairs stacked in a pile and the chance to discuss matters over coffee and biscuits took place. In addition, even a few radio swops were  available, but we suspect the main dollop is being held back for the Flea Market, which takes place next week.

Thank you to Charles for a most interesting and well-presented talk, to Rob for his diplomatic stewardship of our club, to the valiant few who braved the weather at the work party this morning, and to all who attended the meeting.

Now: dust off those old rigs! Plug them in to see that at least they don’t explode when mains power is applied! Bring them along to the Mega Fleamarket on Saturday 3 March at 12h00. We do hope to see you all there.

Photos of the February meeting are [here].
Posted by Cape Town Amateur Radio Centre at 19:00 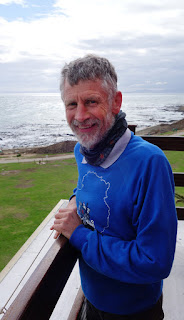 The Cape Town Amateur Radio Centre will hold its February 2018 meeting on Saturday 24 February 2018 at the clubhouse, starting at 14h00.

At this meeting, Charles / ZS1CJO will give a talk on Electronic Logging, E-QSL and LOTW (Logbook of The World).

Charles is our club's E-QSL manager and has extensive experience in computers and software apps, and this promises to be a most interesting meeting.

Afterwards there will be the opportunity to conduct eyeball QSO's, to chat with friends, to boast of your latest DX contact and to catch up on the skinner over a cup of coffee.

We look forward to seeing you there!

(This meeting has now taken place. A report-back is [here]. Photos are [here]. 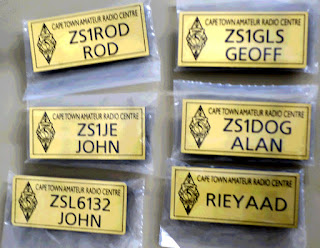 The following CTARC gold badges were ordered, paid for, manufactured and delivered. They're still hanging - lonely and unloved - on the grey metal cabinet at the CTARC radio shack in the clubhouse.

If you are the rightful owner of one of these handsome badges depicted on the right, do please remember to collect it from the clubhouse and wear it with pride!

CTARC Committee Members are reminded of the committee meeting that will take place on Monday 19 February 2018, at 19h00 at the CTARC Clubhouse.

Please be there!
Posted by Cape Town Amateur Radio Centre at 19:02

The written report-back on the 3Y0Z farewell function is [here]. 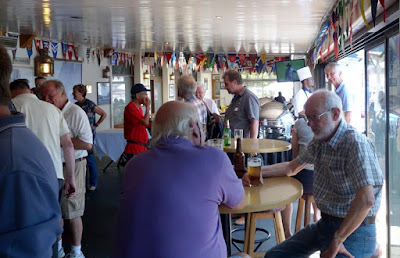 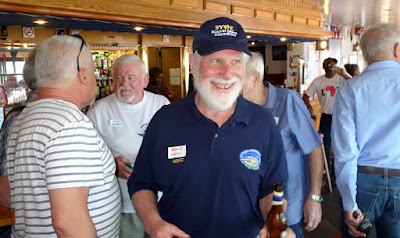 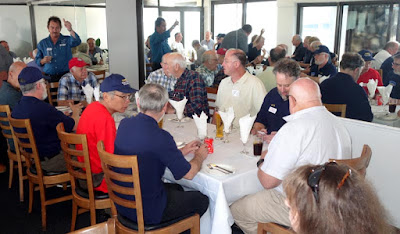 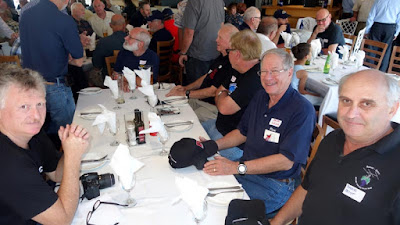