Mike, ZS1FP has submitted the following cartoon by Roger Pullen as a comment on the lengths we might have to go to protect our QTH's these days. Mike has received unwelcome visits by the copper thieves recently... 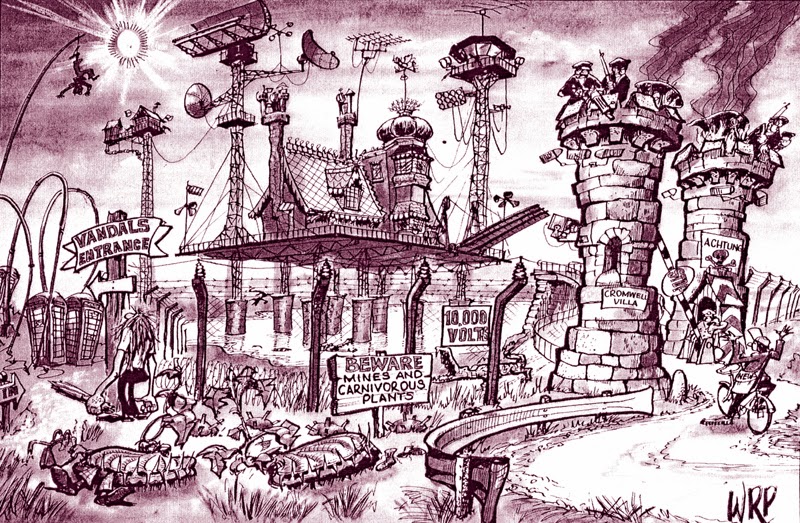 The final meeting of 2014 for the Cape Town Amateur Radio Society was held yesterday, Saturday 29 November. It was, as ever, a very sociable event. The braai fires started at 12h00 and members had the opportunity to meet, and chat in weather that was agreeably warm and not too windy. A scheduled rolling electricity blackout in the Southern Suburbs wasn't a problem.

Dennis /ZS1AU appeared in his traditional James Bond outfit to present (after an amusing preamble) the Len Wells Ham Spirit trophy, which this year is awarded to Danny /ZS1BL, a worthy recipient indeed! Congratulations, Danny! Nick /ZS1ZD was awarded the CTARC Club Participation Trophy, which consists of a beautiful old Morse key mounted on a wooden plinth.

The meeting continued through the afternoon with the hiss and sizzle of wors on the braai grid and the pop and fizz of beer- and cold drink cans opening, accompanied by the chatter of members and their XYL's discussing almost every subject under the ionosphere. At around 16h00, most of us called it an afternoon and made our way carefully home past intersections with inoperative traffic lights.

The next meeting of the CTARC will take place in January 2015. We do look forward to seeing existing and new members then. Details will be provided on this website, in the December edition of Ragchew and on the usual Sunday morning bulletins.

Below are some photos of the End of Year meeting: 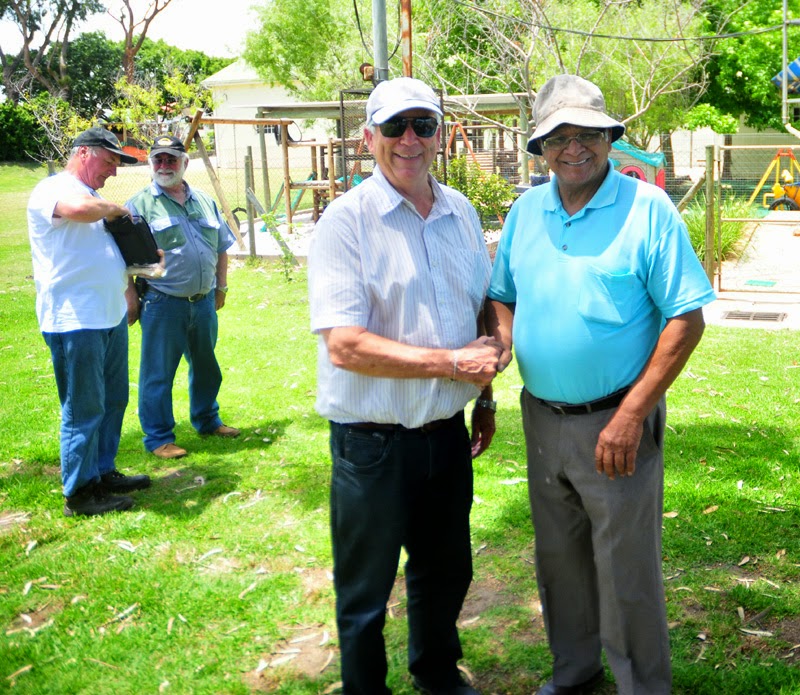 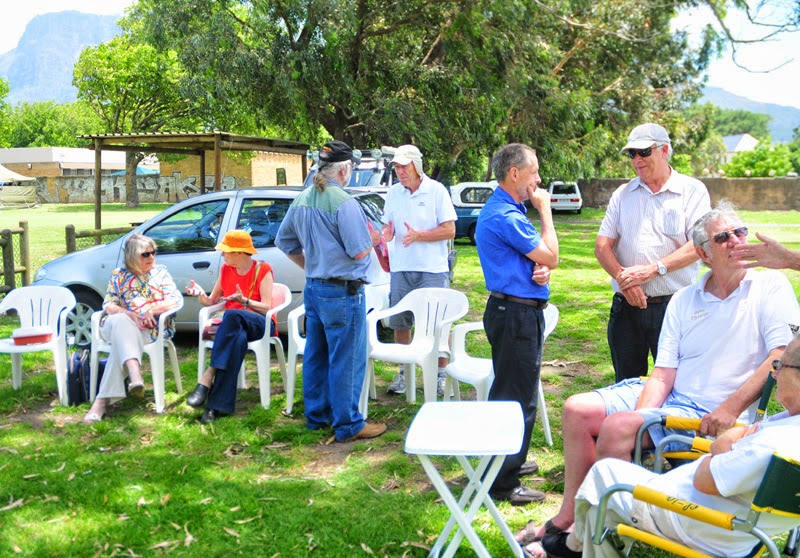 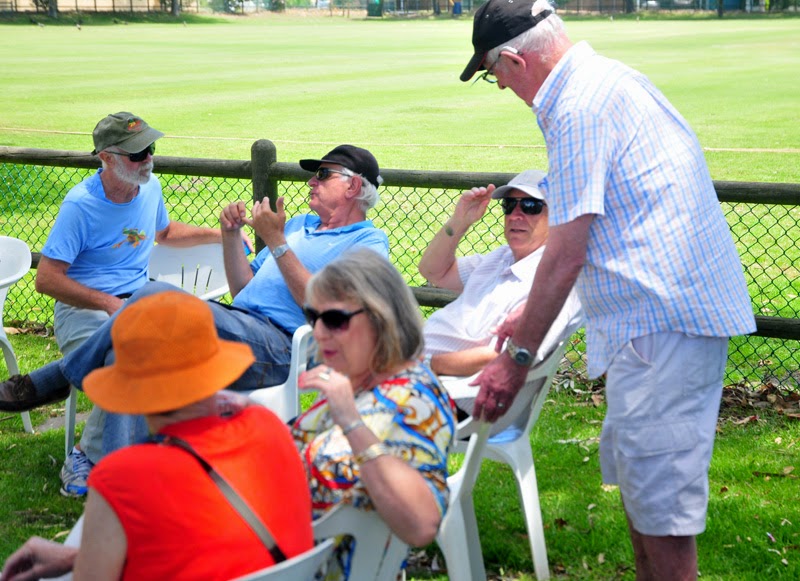 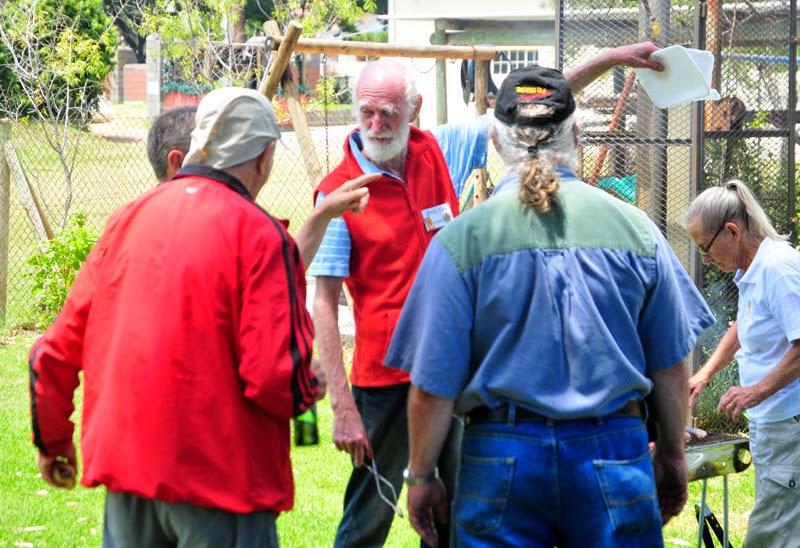 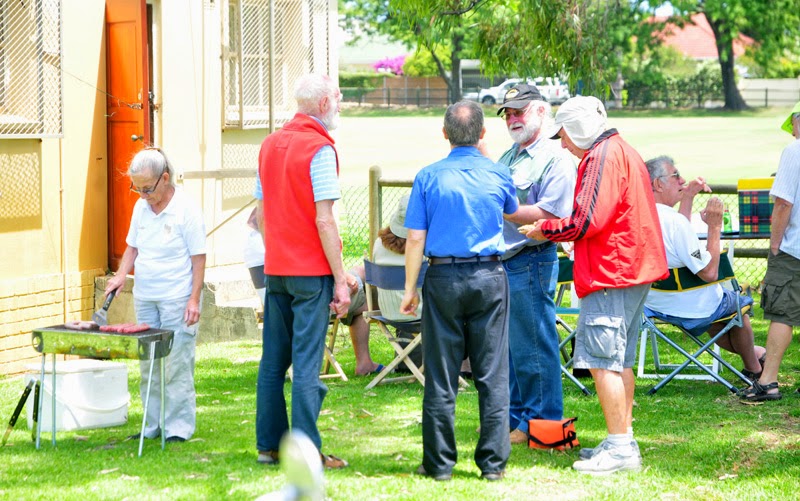 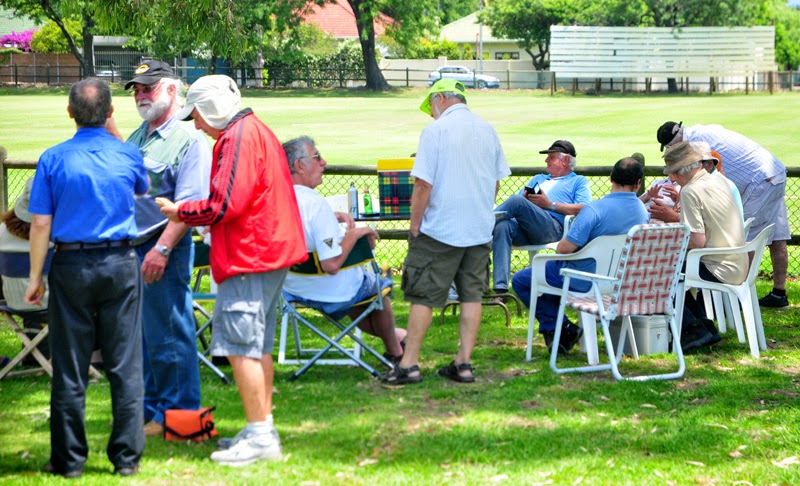 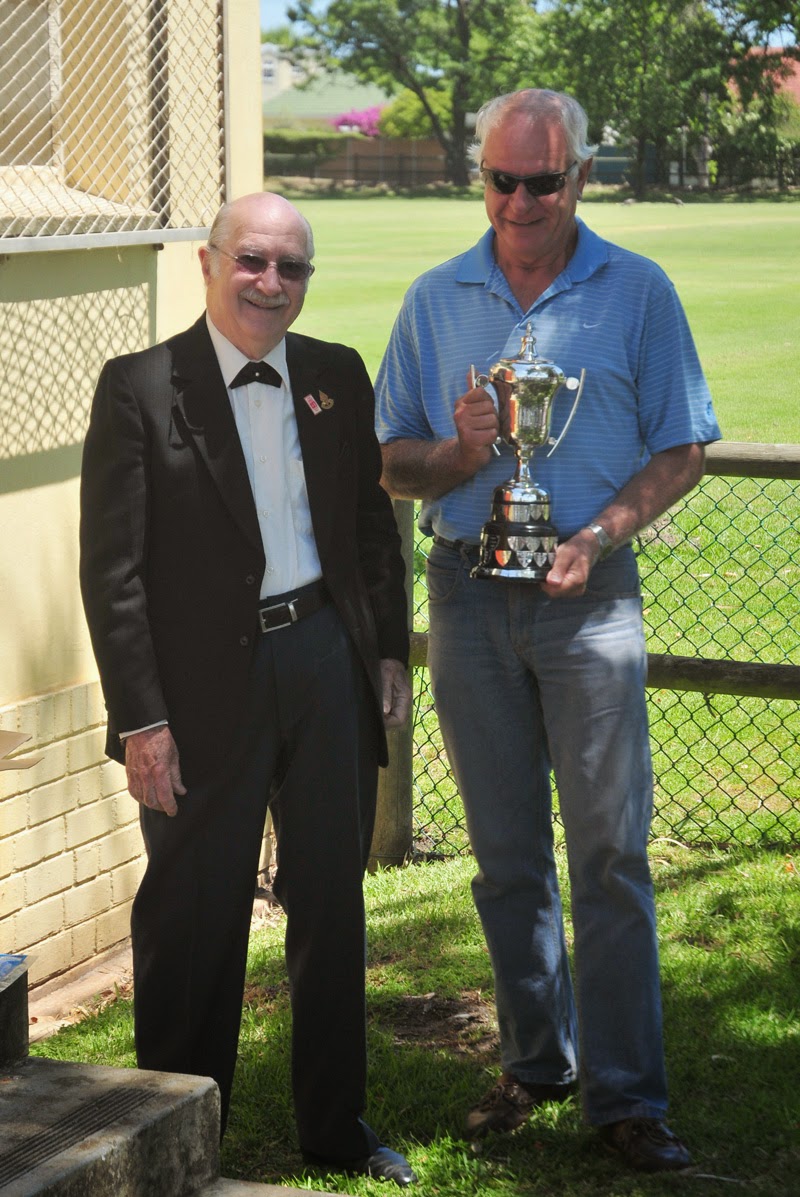 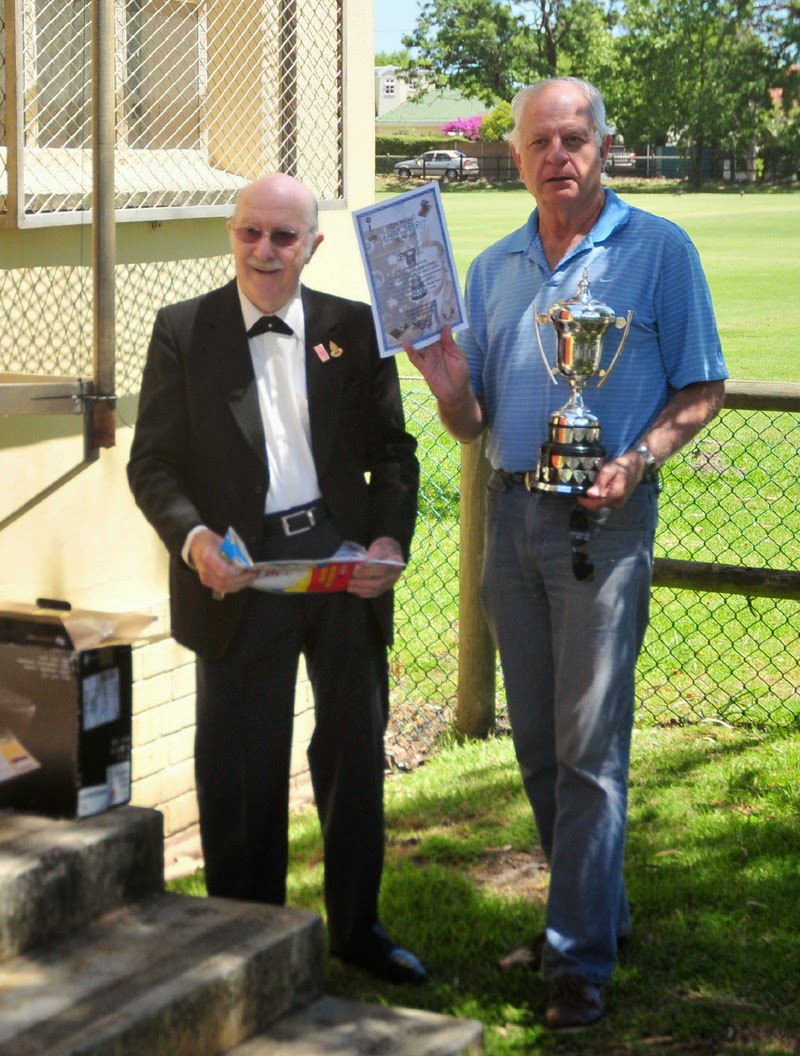 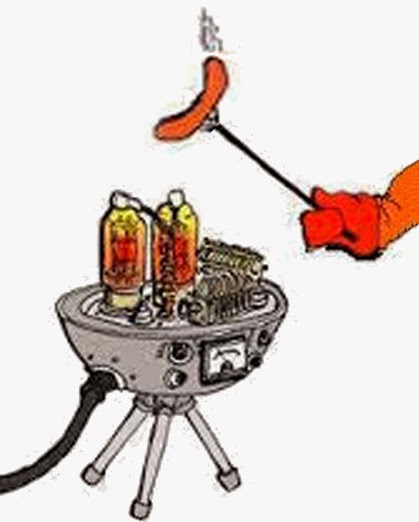 Just another reminder that the annual end-of-year function for the Cape Town Amateur Radio Centre will take place at 12h00 B: on Saturday, 29 November 2014 at the CTARC clubhouse at the Belvedere Community Centre in Rondebosch.

The format will be a bring-and-braai social event. While a cash bar of (some) cold drinks and beer will be available, please bring your own food and refreshments. The fires will be lit at 12h00. Committee members assisting with the event will be there from around 11h30 to help set things up.

We make a special request for those members (and even former members) who have knowledge of the CTARC's history to make a special effort to attend. We would like to record your stories of our club's history, put some names and captions to photographs and gather that precious information for future generations before it is lost.

Here is your chance to meet up with old friends and catch up on the news. Do please diarise this event and make an effort to attend. Judging from past events, it is always an extremely cordial occasion. Partners are, as always, very welcome to attend.

Please note that this meeting will replace the usual monthly CTARC meeting, which would normally take place on the fourth Monday of the month.
Posted by Cape Town Amateur Radio Centre at 12:00
Email ThisBlogThis!Share to TwitterShare to FacebookShare to Pinterest
Labels: 2014, braai, CTARC, end of year, meeting, november

Committee members of the Cape Town Amateur Radio Centre are reminded that there will be a committee meeting at the clubhouse on Monday 24 November at 19h00.

Do please make every effort to attend. 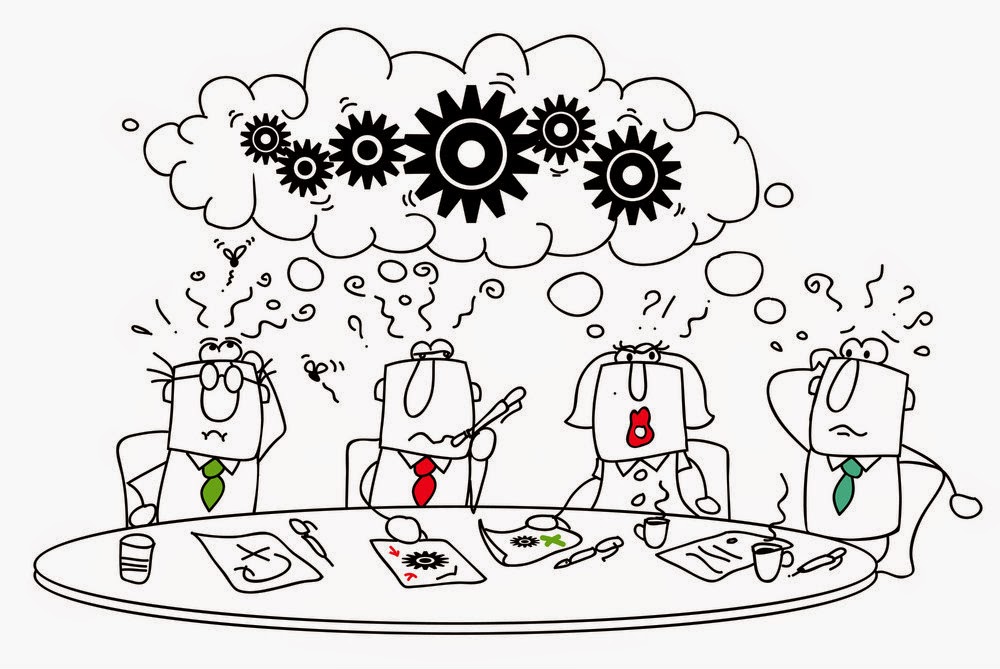 This article is dedicated to all those poor radio hams who have tried to decipher poorly-translated instruction manuals. While frustrating, sometimes these can be very amusing. Here are some fine examples: 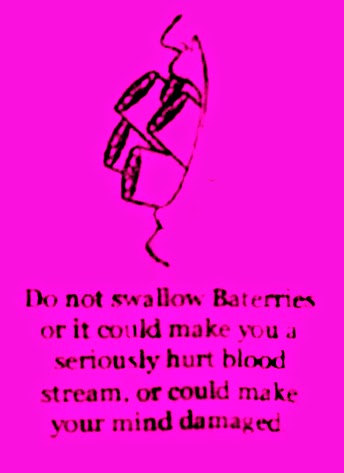 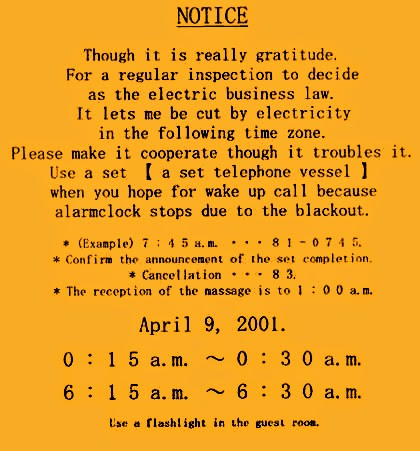 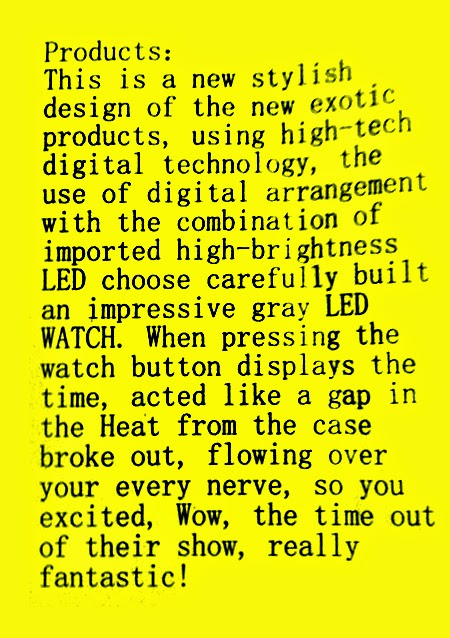 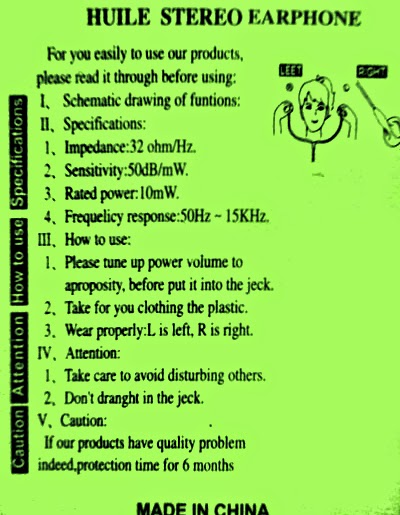 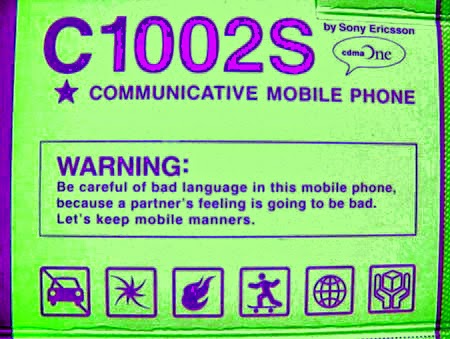 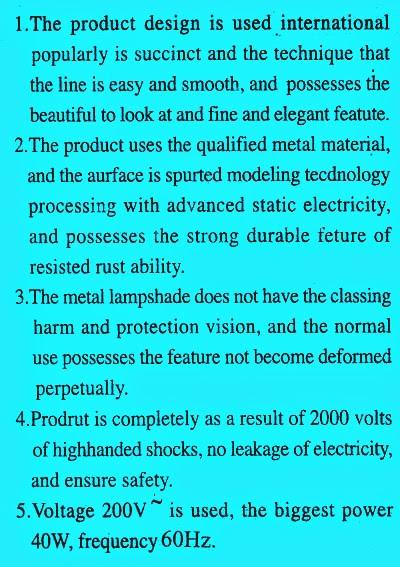 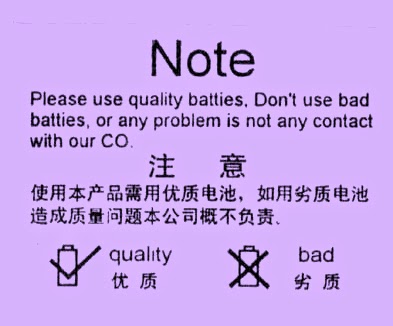 CTARC A History of Telecommunications - Nov '14

Here is an interesting link kindly provided by Mrs Sarah Conners, a teacher who happened upon our website. It is a brief History of Telecommunications. Do take a look for yourself:

On Saturday 15 November, the CTARC met to run a field station for the SARL Field Day exercise.

Danny, ZS1BL, Shaun /ZS1RA and Nick /ZS1ZD were there in the morning. Hylton /ZR1HPC joined us later on. We also met Jrko, a Polish gentleman who lives in the area and who is an authority on the manufacture of crystals for the RF industry.

Radio propagation conditions were less than ideal, and while attendance of this event was probably limited because of poor weather conditions, we look forward to more active field day events in future.
Posted by Cape Town Amateur Radio Centre at 12:00
Email ThisBlogThis!Share to TwitterShare to FacebookShare to Pinterest
Labels: 2014, CTARC, field station, november

The October 2014 edition of the Cape Town Amateur Radio Centre's newsletter "Ragchew" has been published.

You can download it directly as a PDF file [here] or from our Newsletters Page.

Thanks to our trusty editor, Anne, and the other contributors, for another great edition!
Posted by Cape Town Amateur Radio Centre at 12:00
Email ThisBlogThis!Share to TwitterShare to FacebookShare to Pinterest
Labels: 2014, CTARC, newsletter, october, ragchew
Newer Posts Older Posts Home
Subscribe to: Posts (Atom)