Below are some photos [taken by Una ZS1UNA nnd nick ZS1ZD] of the 2019 Annual General Meeting of the CTARC, held on Saturday, 27 July 2019 at the CTARC clubhouse.

A very nice collection of all the photos of the event taken by Una ZS1UNA is [here].

The written report-back of the meeting is [here].

The CTARC held its AGM on Saturday 27 July 2019 at the clubhouse at the Belvedere Community Centre in Keurboom Park in Rondebosch.

Committee members including Rob and Anne started arriving to set things up from 13h00, Mike ZS1FP set up a microphone and PA system. By the time the meeting formally commenced at 14h00 all seats inside had been taken, with a sizeable number of club members outside. We had a total of 57 attending that day.

Club Chairman Rob ZS1SA called the meeting to order with the gong as is our tradition and, as there was most definitely a quorum present, declared the meeting open.

His first task, and a sad one at that, was to ask the members to hold a minute’s silence for those CTARC members who had become Silent Keys this year. Gerald Meneses ZS1GRM of Vredehoek, and Leon Isaacson ZS1CI of Woodbridge Island were thus acknowledged.

Then Rob asked for acknowledgement of the previous year’s AGM minutes, which was obtained from John ZS1AGH and seconded by Nick ZS1ZD.

Rob then proceeded with the Chairman's Report. Firstly he drew our attention to the fine new solid steel security gate, professionally welded by Richard ZS1RIC. Then he provided a summary of an eventful 73rd year of club activities:

In August 2018 the CTARC held the annual International Lighthouse/Lightship Weekend at Green Point lighthouse – our 22nd year at that venue. It was also an opportunity for Chris ZS1CDG to complete the HF Assessments for his fledgling RAE candidates, which will be done again this year too.

The September 2018 meeting was a talk and slide show by Mike ZS1CO on his trip to the USA and some interesting hams he met there.

The October meeting was a video made available by Paul ZS1S on the VK0EK DX-pedition with which our club assisted.

In December, during the Xmas break, Rob organised a successful fox-hunt, reviving a fun activity that we will see more of in future at the CTARC.

Our January 2019 meeting was a Show-and-Tell format, where members brought and described various homebrew projects they had constructed or found interesting. These are always most interesting meetings, and the standard of construction and interest was high.

As the February 2019 meeting would have been just a week away from our March Flea Market, no formal meeting was scheduled, but nevertheless a second fox-hunt was organised. Word of how much fun these are had by now spread and the fox hunt was well-attended.

On the first weekend in March the CTARC hosted the annual Mega Flea Market. This buying/selling and swopping event has grown through the years and was very well attended. Many radio hams drove off afterwards with heavier car boots and lighter pockets than when they had arrived! That evening will have been punctuated with interesting explanations to wives and spouses about these new acquisitions.

At the end of March, Tom ZS1TA gave us a most interesting talk and slide show on Low Earth Orbit Satellites.

In April Rob ZS1RM gave a fascinating talk and demo on B25 military radios, which are his passion and abiding interest. He demonstrated the modular component aspect of these rigs, taking them apart, reassembling them and then operating them again.

In May Barry ZS1FJ showed us a video on the Scarborough Reef DX-pedition. The location is a precarious piece of rock sticking out of the sea and one of the highly sought-after DX entities.

In June another fox-hunt took place. There was also a DF-Antenna construction workshop run by Rob ZS1SA. We also held a social braai for the RAE candidates to meet the rest of the club. In spite of seriously wet weather, the meeting was well attended

In addition to the monthly meetings, Rob mentioned the four antenna workshops that the club held through the past year. These included refurbishing of the main antenna feed lines, the addition to the mast of the 40m rotatable dipole generously donated to the CTARC by a kindly member. ZS1ZKZ effected some seriously appreciated repairs to the main mast’s lifting system. <There was also a Repeater visit where Paul ZS1S, Rob ZS1SA, Lem ZS1LEM and Dave ZS1SG did repairs to the equipment = dunno if this should be mentioned. Anne, please check with Rob.>

The CTARC’s Remote Station out at Morningstar, generously made available by Fred ZS1FZ and maintained and developed by Alan ZS1LS, continues to be a great success. We currently have 48 subscribers to this system, to which another 5 from overseas will be joining shortly.

The CTARC’s membership continues to grow, in spite of the difficult economic climes. This year our membership increased by 20 new members to bring it up to 111.

The Chairmans report was followed by the Secretary’s report. Anne delivered this with her characteristic efficiency. She thanked us all for our assistance with her communications, emails and admin. She mentioned the CTARC’s FaceBook group now has 269 members. She also mentioned her new role as treasurer, taking care to emphasize the need to maintain transparency as regards the admin of financial aspects of the club, membership fees, donations and catering expenses.

Danny ZS1BL gave the Treasurers report, showing us the spread sheets of the CTARC’s finances. While the club is in a healthy financial state, the income is slightly down from last year due to that year’s substantial donations received. Having been CTARC Treasurer for a goodly number of years, Danny is stepping down and that portfolio will be handled by secretary, Anne.

Rob then gave a breakdown of the various roles of the Committee members and thanked them for their contributions through the year – John ZS1EQ, Chris ZS1CDG, Noel ZS1FW, Paul ZS1S, Paul ZS1PXK (his 18th continuous year on the Committee), Danny ZS1BL, Peter ZS1PGC, Tony ZS1TK, Barry ZS1FJ, and co-opted members Charles ZS1CJO and Nick ZS1ZD. Their roles will remain as before, but with the difference that Danny ZS1BL is resigning as treasurer (which portfolio will be taken up by Anne), Tony ZS1TK becomes Club Events Reporter and Photographer, Paul ZS1S will be Bulletins Manager in addition to his representation on the Western Cape Repeater Working Group. Ettienne ZS1ESB will remain as the CTARC’s honorary auditor.

It was then Rob’s pleasant task to hand out the annual club awards.

The Golden Wellie award went to Keverne ZS1ABU for faithful attendance through thick and thin.

The Fox Hunting Award (a new one, instituted by Rob ZS1SA) was awarded to Colin ZS1RS.

The Buck Taylor Award - our club's premier award, was awarded to Chris ZS1CDG.

The Sports Award trophy was accepted in absentia by Michael ZS1MJT on behalf of Hughey ZS1YS.

Paul, ZS1S presented our club Secretary, Anne with a beautiful bouquet of flowers to say Thank you from the Committee and Club for another year of sterling service and Ragchew editing.

Following the awards, the CTARC Chairman and Committee were re-elected (with the abovementioned exceptions) for another year.

As a final acknowledgement to Gerald ZS1GRM /SK, his son-in-law Daniel ZS1DEA made two brief announcements. the first was the presentation of a trophy to the CTARC, to be used in commemoration ZS1GRM. Rob gratefully accepted the award, a mounted transmitting valve, on behalf of the CTARC.

The second announcement was that samples from a flagon of Gerald’s finest mountain dew distillate would be available afterwards for those who wished to raise a toast to the fond memory of ZS1GRM. We did so, confident that Gerald would have approved of this, his final contribution to the CTARC. Indeed, it was good stuff !

With the business concluded, the meeting broke for delicious refreshments [arranged by Rob and Anne] and the opportunity to have a good chat with all the other members.

The meeting adjourned at about 16h30.

Other photos are available [here].

Our next meeting will be the International Lighthouse Lightship Weekend, which the CTARC will hold at Green Point Lighthouse 17 / 18 August. We look forward to seeing you there!
Posted by Cape Town Amateur Radio Centre at 12:00
Email ThisBlogThis!Share to TwitterShare to FacebookShare to Pinterest
Labels: 2019, agm, award, chairman, clubhouse, committee, CTARC, july, meeting, photos, report, secretary, treasurer, trophy 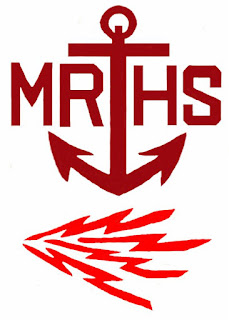 Between 1999 and 2000, commercial maritime radio traffic using Morse Code was phased out, bringing the end of an era in marine radio communications. Officially, that is.

Fortunately, on 12 July 2000 the Maritime Radio Historical Society was founded with the goal of maintaining the traditions of maritime Morse Code by restoring historic coast station KPH back into service. The first steps toward that goal were taken and on 12 July 2000 the first Night of Nights (named by MRHS co-founder Tom Horsfall) was held at the KPH transmit site in Bolinas, California on the West Coast of the USA.

Every year since then the MRHS has held the  Night of Nights on 12 July with opening transmissions taking place x number of years and one minute since that supposed last transmission in 1999.

They will be on air again this year on 12 July 2019, and those CW ham radio operators with an interest in monitoring this interesting event may find out more [here].

It is with regret that we announce that the key of CTARC member, Dr Leon Isaacson ZS1CI, went silent on 7 July 2019 at his home in Woodbridge Island in Milnerton. He was 92 years old.

Dr Isaacson was a lecturer at the Department of Physiology at the University of Cape Town for many years. In his retirement, despite his advancing years he maintained an active interest in construction and progressive aspects of amateur radio technology, such as digital modes.

Our condolences go to his family and friends.
Posted by Cape Town Amateur Radio Centre at 12:00
Email ThisBlogThis!Share to TwitterShare to FacebookShare to Pinterest
Labels: 2019, CTARC, july, silent key, zs1ci

This is the official notification that the Cape Town Amateur Radio Centre's Annual General Meeting has been called.

Social: Join us for afternoon refreshments after the meeting.

[Proxy Form] - should you require somebody to vote on your behalf and cannot attend the meeting.

[Trophy & Award Nomination/s] - should you wish to nominate a member for a trophy or award.

To those who received a CTARC floating trophy at the previous AGM, please ensure it is returned to me or Rob ZS1SA at the soonest opportunity. in certain cases we need time for the next repitient's name to be engraved.

We have received the following communication from Deon ZR1DE: 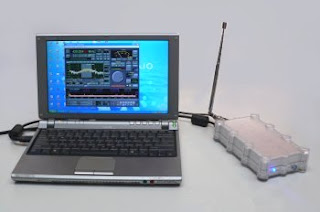 Over the last few years interest in Software Defined Radio (SDR) and Digital Signal Processing (DSP) has been steadily increasing.

Workshops introducing the RTL-SDR dongle and its applications together with a PC have been held, arousing more interest in this field amongst Radio Amateurs.

Advantages of software applications are the opportunity to investigate the digital part of communications without the need for circuit construction. Inexpensive hardware modules have become available and all experimentation is done in software on the PC.

The idea of forming a group of interested persons both from within and outside the Amateur Radio community, who would like to investigate and share knowledge in this field, has been expressed.

As a start in this direction we would like to create a platform to facilitate the process.

Should you be interested to find out more or to contribute, please e-mail me at: pcoetzee715@gmail.com 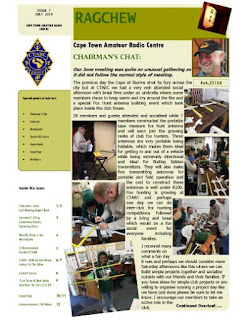 You can advertise ham-related articles for sale in Ragchew, including colour photos, details and prices. To do so, contact the editor here.