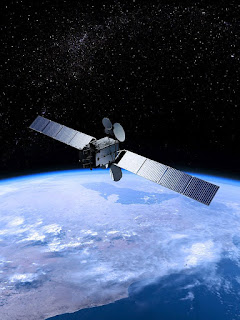 The CTARC will hold their March monthly meeting on Saturday 23 March 2019 at 14h00 at the usual clubhouse venue in Rondebosch.

Usually we don't hold another meeting in March because the annual flea market, which traditionally is held on the first Saturday of that month, is enough to occupy us for a while thereafter!

However, Tom ZS1TA has kindly agreed to give a talk on Amateur Radio and Satellites on the abovementioned date. Tom is well known in radio ham circles and recently distinguished himself by holding the first QSO on two metres between South Africa and St Helena Island. He was also featured on a recent SARL bulletin, making contact with the same station via satellite.

An exciting new development for radio hams is the geostationary Es’hail-2 satellite, launched in November last year. It carries amateur radio transponders and is now in a geostationary orbit at 25.9° East. These are the first amateur radio transponders to be put into geostationary orbit, and the coverage  is expected to link radio amateurs from Brazil to the West of us to Thailand in the East. South African hams have already started making international contacts through this bird.

It promises to be a most interesting topic. See you at the meeting. Come early to ensure your seat!